The situation after the war opens up new opportunities for countries of the region - President Aliyev | Eurasia Diary - ednews.net

Russia is developing a new armor for its armored vehicles
Read: 507

A planet close to us with a day that lasts forever and an eternal night lit up by exploding volcanoes
Read: 476 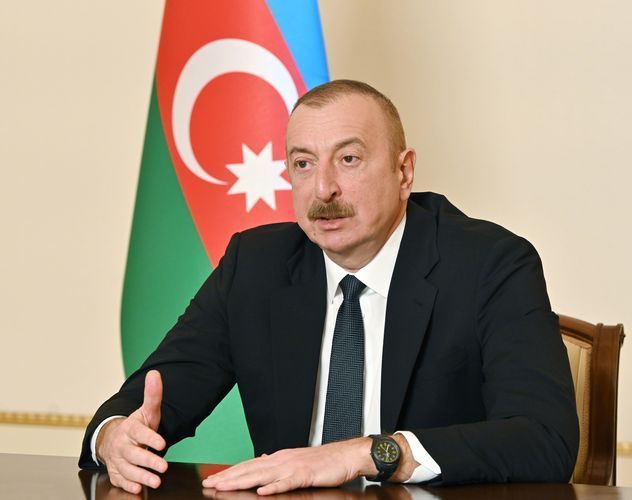 "Major transport projects have been launched in the liberated areas, and the construction of the Fuzuli Airport has begun. As I mentioned, a second airport will be built in Kalbajar or Lachin," said President of the Republic of Azerbaijan Ilham Aliyev as he received in a video format Rashad Nabiyev due to his appointment as Minister of Transport, Communications and High Technologies, Eurasia Diary reports citing APA.

"We have started the construction of the Fuzuli-Shusha highway. At the same time, major projects in the field of transport and communications are being discussed for this region. Here, of course, the Horadiz-Zangilan railway, then the Zangilan-Nakhchivan railway, the Nakhchivan-Turkey railway projects are a priority, and so are other projects. I think that the situation after the war opens up new opportunities for countries of the region. Azerbaijan is ready to cooperate in this field and is contributing to this work. I have ordered to start designing the Horadiz-Aghband railway. Other projects have already been launched as well. The most modern technologies must be applied here so that Azerbaijan can always maintain its leadership in this area. I do hope that you will fulfill all these tasks with dignity," said Azerbaijani President Ilham Aliyev.