Russia is developing a new armor for its armored vehicles
Read: 514 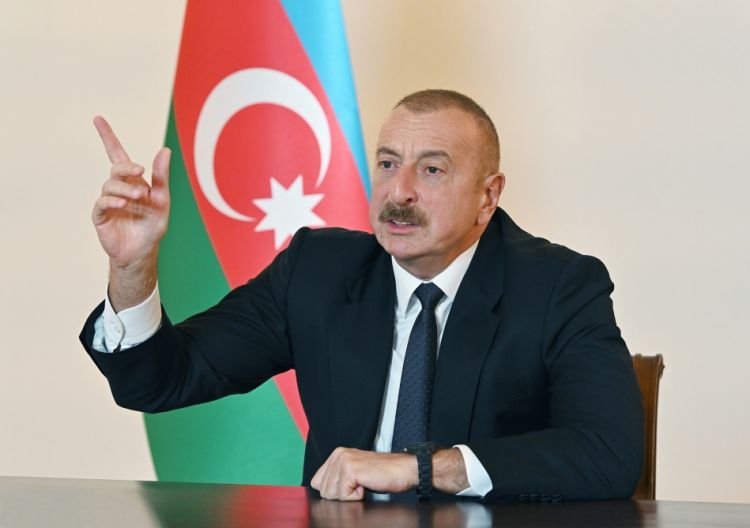 The whole world recognizes and accepts Shusha as an Azerbaijani city, President Ilham Aliyev said as he received in a video format Aydin Karimov due to his appointment as Special Representative of the President in Shusha district, News.az reports.

“The institute of the President's Special Representative in the liberated territories was established on my initiative on 19 January. The first appointment is to Shusha district. And this is only natural. Shusha has a special place in the hearts of the Azerbaijani people. Shusha is the crown of Karabakh. Shusha is a unique city. The location, nature, air, climate, historical sites, religious sites, the architectural ensemble of Shusha are our national treasure,” the head of state said.

President Aliyev stressed that Shusha must be protected.

“We must protect Shusha. We have returned to Shusha, and from now on the people of Azerbaijan will live in Shusha forever – just as Shusha has always been an Azerbaijani city, and despite Armenian attempts to falsify this, the whole world recognizes and accepts Shusha as an Azerbaijani city,” he said.

The head of state noted that the occupation of Shusha was an immense tragedy.

“The occupation of every city, every village and district was a great tragedy, but the occupation of Shusha was perhaps the most painful loss for us. Not only because of the strategic location of Shusha, which allowed us control of the entire region – if the work had been done properly – it also gave us the opportunity to take all necessary measures to defend Shusha even with minimum resources. The loss of Shusha caused a great shock to our people, a moral shock, and we had lived without Shusha for 28 years. However, although the Armenians have destroyed Shusha, it did not bend, it did not lose its dignity even though it was in captivity, it was able to preserve the spirit of Azerbaijan despite attempts to Armenianize it. We have returned to Shusha, and when sharing this great news with the people of Azerbaijan on 8 November, I said, “Shusha, you are free!” We have returned to our history. Of course, we will restore Shusha, revive Shusha, and the process of revival has already begun,” the president added.