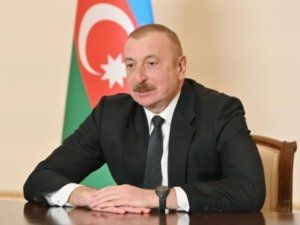 'We have signed new contracts for the purchase of the most modern weapons produced in Turkey. This will further strengthen our army,' said the head of state.

President Ilham Aliyev also praised the Turkish weapons that had been used by Azerbaijan during the Second Karabakh War.