Zangazur, the land of ancient Azerbaijan, will now play the role of uniting the Turkic world - President | Eurasia Diary - ednews.net

Zangazur, the land of ancient Azerbaijan, will now play the role of uniting the Turkic world - President 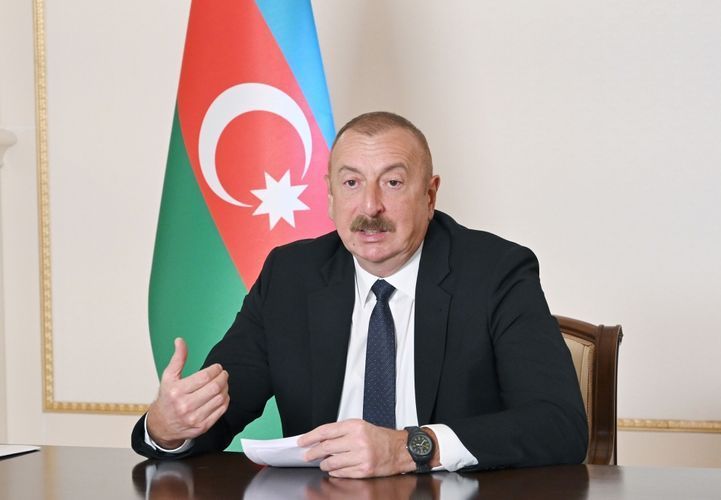 "The war is over and the conflict has been consigned to history. New opportunities have emerged. I think the most important opportunity among these is transport. We are already working very hard on the Zangazur corridor. I said at the summit in Nakhchivan that the decision to separate Zangazur from Azerbaijan and annex it to Armenia led to a geographical divide of the Turkic world. If we look at the map, it looks as if a dagger was stuck in our body and the Turkic world was divided," said President of the Republic of Azerbaijan Ilham Aliyev at the informal Summit of the Cooperation Council of the Turkic-Speaking States (Turkic Council) has been held in a video conference format on March 31.

The head of state noted that Zangazur, the land of ancient Azerbaijan, will now play the role of uniting the Turkic world because the transport, communication and infrastructure projects passing through Zangazur will unite the whole Turkic world and create additional opportunities for other countries, including Armenia: "Armenia currently has no railway links with its ally Russia. This railway link can be established from the territory of Azerbaijan. Armenia has no railway connection with its neighbor Iran. This railway can be provided through Nakhchivan. Azerbaijan will be connected with Turkey through the Nakhchivan Autonomous Republic, Central Asia will be connected with Europe. So a new transport corridor is being created. Azerbaijan has already started this work. I am confident that our partner countries will also take advantage of these opportunities.

I want to conclude my speech. I want to say again that I have dedicated my speech to this issue. This is natural because the leaders of friendly countries must know the essence of the issue. I do hope that during our further contacts we will discuss this issue in a broader format. I am sure that we will all attend the summit in Turkey in person. As the chairing country, we will report on the work done and talk about future plans. Thank you for your attention."