While Armenians were boasting that we would drink tea in Baku, Azerbaijanis learned to fight with drones - Armenian journalist | Eurasia Diary - ednews.net

While Armenians were boasting that we would drink tea in Baku, Azerbaijanis learned to fight with drones - Armenian journalist 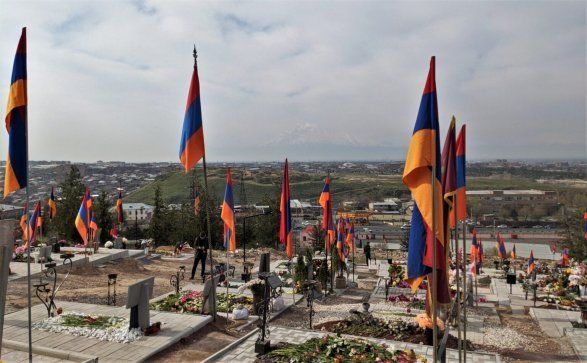 Armenian journalist Arshaluys Mgdesyan, who also publishes in the Russian newspaper Kommersant, believes that the Armenians do not want to admit their defeats and learn from them, Eurasia Diary reports citing Azeri Daily.

In his opinion, Armenian boasting and being held captive by illusions led to the fact that about 4 thousand new graves appeared at the Yerablur military cemetery in Yerevan.

'In Yerablur you understand that our boast of past years that "we will drink tea in Baku," as well as behaviour based on myths and avoidance of reality, cost us more than four thousand lives,' Mgdesyan's words are quoted by Civilnet.am. 'We came to all this with the theses "Artsakh is Armenia, period", "The Armenian army is invincible", "Aghdam is my homeland". Now Artsakh (Nagorno-Karabakh) has shrunk to its historical minimum, while Yerablur has expanded and reached its historical maximum.

Yerablur is not only a victory, but also a defeat. But we buried both. We did not appreciate the victory and do not want to admit defeat, learn lessons.'

The journalist emphasises that while in Armenia they were talking about the invincibility of their army, in Azerbaijan they were mastering new methods of waging war.

'We said that our army was invincible, and closed the topic,' writes Mgdesyan. 'We turned a blind eye to the quality of service in the same army, to the problems of training officers and the introduction of new technologies in the army. We bragged about our IT industry, where, as it turned out, online gambling dominated, and "stupid" Azerbaijanis learned to fight with drones.

In Yerablur we have buried victory and defeat. Four thousand lights went out, dreams shattered. The earth was enriched by the dead, and we became poorer."