We would like Rome Pope to comment on mining of territories, liberated from occupation - Shekhulislam | Eurasia Diary - ednews.net 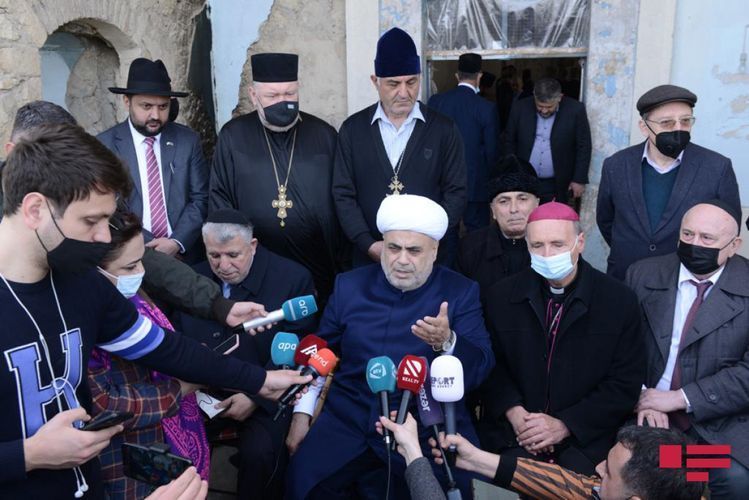 "We saw mine cleaners when we came here. I listened to the speech of Rome Pope Francis on the occasion of Easter day before yesterday. Mines mean casualty, I would very want Rome Pope to comment on it too," the chairman of the Caucasus Muslims Office, Shekhulislam Allahshukur Pashazadeh told journalists during a visit to Aghdam together with the leaders of the country's religious confessions, APA reports.