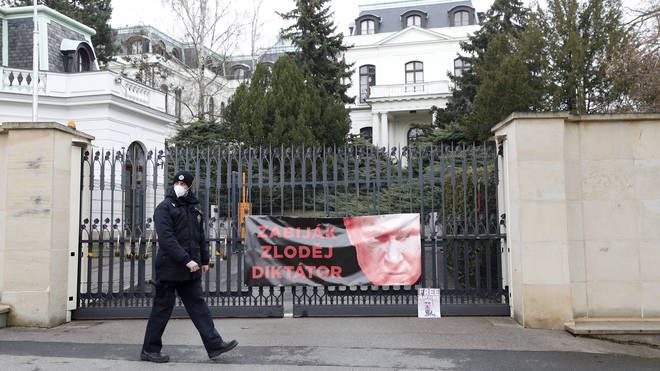 Petrov and Boshirov were charged in absentia by Britain in 2018 for trying to kill former Russian spy Sergei Skripal and his daughter.
The Czech Republic has announced that it is expelling 18 Russian diplomats who it has identified as spies in a case related to a huge ammunition depot explosion in 2014.
Prime Minister Andrej Babis said the move is based on “unequivocal evidence” provided by the Czech intelligence and security services that points to the involvement of Russian military agents in the massive explosion in an eastern town that killed “two innocent fathers”.
“The Czech Republic is a sovereign state and must adequately react to those unprecedented findings,” Mr Babis said.
At the same time, the Czech police’s organised crime unit published photos of two foreign citizens who visited the country in 2014 and asked the public for any information about them. 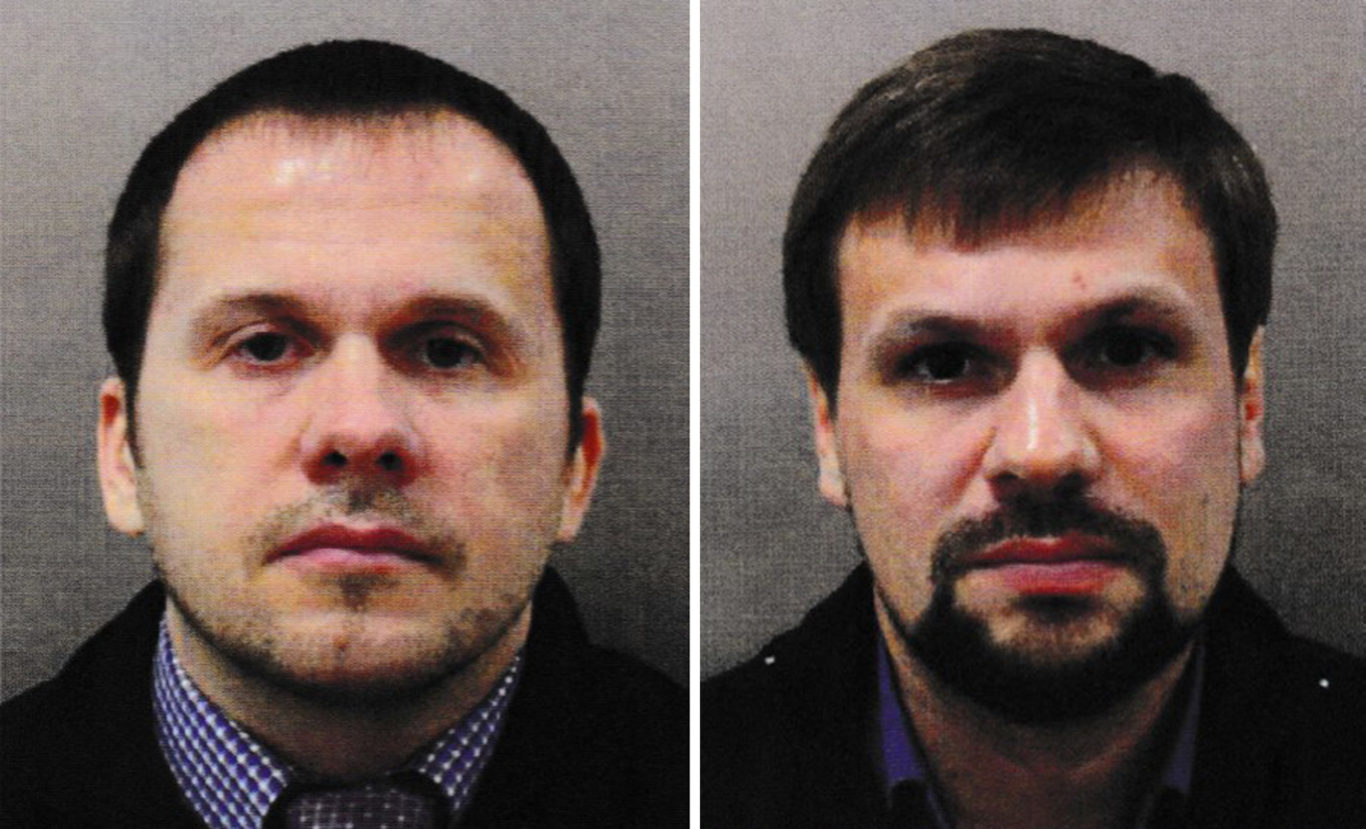 The two were using Russian passports and were identified as Alexander Petrov, 41, and Ruslan Boshirov, 43.
Petrov and Boshirov were charged in absentia by Britain in 2018 for trying to kill former Russian spy Sergei Skripal and his daughter, Yulia, with the Soviet nerve agent Novichok.
The Czech police said the two men were also using passports issued by Moldova for Nicolai Popa and a passport issued by Tajikistan for Ruslan Tabarov.
They said the two also visited the capital of Prague and another north-eastern Czech region.
Interior Minister Jan Hamacek, who is also serving as the country’s foreign minister, said the 18 Russian embassy staffers were clearly identified as spies from the Russian intelligence services known as GRU and SVR and were ordered to leave the country within 48 hours.
The explosion, which took place on October 16, 2014 in a depot in the town of Vrbetice where 50 metric tons of ammunition was stored, claimed two victims.
Another explosion of 13 tons of ammunition occurred in the depot on December 3 of that same year.
Hundreds had to be evacuated from nearby villages after those explosions.
Mr Babis said President Milos Zeman, who is known for his pro-Russian views, has been informed about the development and has “expressed absolute support for us”.
He said the investigation into the case has not yet been completed but thanked the country’s security forces for their “professional job.”
Mr Hamacek said the the case will significantly harm Czech-Russian relations. He said the country’s allies in Nato and the European Union have been informed about the findings and “we’ve asked for their support”.
“We’re in a similar situation like Britain in the attempted poisoning case in Salisbury in 2018,” Mr Hamacek said, without elaborating.
Britain expelled dozens of Russian diplomats after the attack in Salisbury.