Zhirinovsky's grief over Karabakh, Azerbaijan, Turkey and Erdogan - The rhetoric of a fool | Eurasia Diary - ednews.net

Zhirinovsky's grief over Karabakh, Azerbaijan, Turkey and Erdogan - The rhetoric of a fool

There is no question of stability in the Middle East, where there is no power like Turkey! 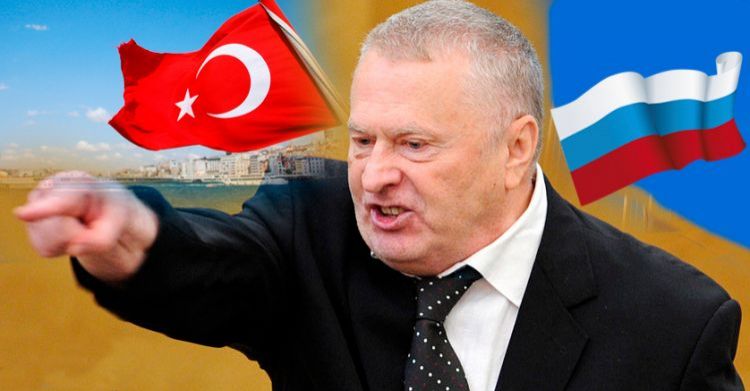 Due to tensions that have risen between Ukraine and Russia, political relations between the countries of the region have also begun to change. The last meeting of the Presidents of Ukraine and Turkey has also affected the atmosphere in the official Kremlin after which some opposition leaders hve also been involved in some biased discussions. It is impossible not to hear this from the rhetoric of the party representatives who show the chauvinist face of Russia.

Recently, the leader of the Russian Liberal Democratic Party, Vladimir Zhirinovsky, made unpleasant remarks in response to Turkish President Recep Tayyip Erdogan's statement on Crimea. "It's time to calm Erdogan down," he has said. The leader of the party, who can't not see problems with himself and tries to seek it with others, addressed the famous phrase of the "flower in one hand, dagger in the other," the policy pursued by Russia since the time of Peter I by destorting it as "a whip in one and a loaf in the other". He also said that Turkey was an obstacle for Russia in Libya, Syria and Azerbaijan, and that it allegedly caused the deaths of Russian soldiers with the weapons it provided.
In addition, Zhirinovsky, a so-called liberal democrat who tried not to recognize Azerbaijan as an independent state, accused the Turkish president of occupying Karabakh, as well as Azerbaijan (!). It seems that Zhirinovsky is either unaware of the world map or is rooted in Putin's famous phrase "the whole world is Russia's border." Otherwise, he would not have forgotten where the first source of the Karabakh problem came from and who stole Azerbaijan's complete and undoubted victory by invading those territories after the Patriotic War.
Eurasia Diary interviewed Turkish political scientist Mehmet Babacan regarding Zhirinovsky's statements that targeted Turkey. 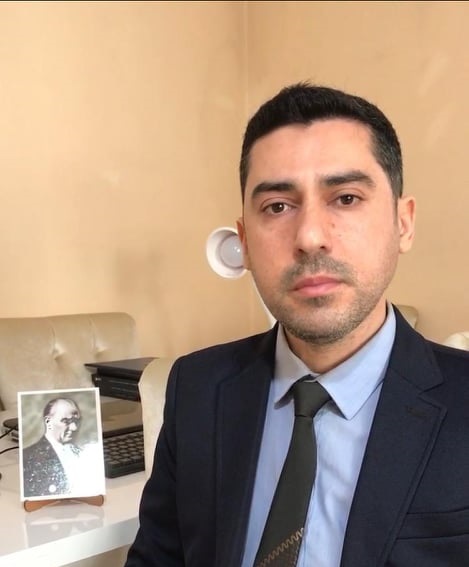 - After the statement of the Turkish government on Crimea, the leader of the Liberal Democratic Party V. Zhirinovsky spoke harshly against the Turkish leadership. "It's time to calm Erdogan down," he said. What will be Ankara's response to such a rude rhetoric?
- In general, over the last time, a number of politicians have been critical about Erdogan's political moves, both in the country and abroad. Of course, in such a situation, it is necessary to look at the internal and external dynamics, or rather the conjuncture, in the environment in which criticism is directed.
Russia and Turkey are currently key players on Ukraine's Donbas agenda. The EU's and the United States' contribution to the conflict through NATO not only gives it an international character, but also gives the impression of a classic East-West confrontation that has been going on since the Cold War.
In general, Turkey's diplomatic support for Ukraine at its request and Turkey's housing project for Crimean Turks have stirred up the Russian opposition. Russia now thinks that Turkey is taking a stand against it. However, Turkey is trying to maintain diplomatic relations with all parties in accordance with international law to prevent the crisis.
Zhirinovsky's remarks cannot be the opinion of an intelligent man, they are just a populist speech. However, these statements against President Erdogan can be heard not only from Zhirinoski, but also from the leaders of EU member states. Those who say "we have to be patient until Erdogan dies" show the same irrational populist approach as a threat to Erdogan. Ankara's response to such views will, as always, be to condemn the talks within the framework of diplomacy and the rule of law, and to continue Turkish-Russian relations at the official level with equal efficiency and dialogue for both sides.
- He also stressed that Turkey has become an obstacle in our way in Libya, Syria and Azerbaijan. At the same time, Turkey is killing our soldiers with the weapons it gives to those countries. Do you think such statements made by a party leader in Russia coincide with the views of the official Kremlin?
- It would be unrealistic to say that such statements coincide with the official views of the Kremlin. As I mentioned earlier, Zhirinovsky is trying to demonstrate a populist approach that aims to send a message to domestic politics and public opinion. However, all this is just a bunch of words, that is, it is impossible for them to do it against Turkey. Because when Turkey was in Libya, the UN platforms recognized it at the international level and confirmed that Libya is with the legitimate National Peace Government. However, it is known which side Russia is on in its war strategy with the illegal Russian military company Wagner Group. The same is true for Syria. Why didn't the Assad regime show the same sensitivity when it used chemical weapons in East Qutb in 2014 to kill about 1,400 innocent civilians? In other words, it would be the most unforgivable mistake in history to say that civil-military discrimination in the crises and conflicts in question is the cause of Turkey's death in all that is happening. The Republic of Turkey plays a role as a guarantor of peace and prosperity for the people, especially in the Middle East and North Africa, and I am convinced that there can be no stability in the Middle East without a power like Turkey.
- Zhirinovsky, who does not recognize Azerbaijan as a state, says that Turkey has occupied Karabakh. What would be your views about that?
- The Karabakh issue is a topic with a historical basis and has been on the agenda of the international community since 1991 with the collapse of the USSR. What we live in today is that Azerbaijan took back the lands that Armenia occupied unjustly in those years and in the eyes of the whole world, about 30 years later. In other words, the situation is the return of a right or some kind of right of a rightful person. Because this region is already naturally, geographically, demographically and historically the territory of Azerbaijan.
Armenia's efforts to change this reality have failed. Similarly, although the Minsk Group was instructed to solve this problem, in fact, it could not achieve anything and find a real solution to the problem. It was the provocations and attacks of the Armenian side that started the confrontation. From such a perspective, by what right can Azerbaijan and Turkey be called occupiers?
Turkey has always stood by the truth based on international law, whether in Libya, Syria or in the eastern Mediterranean. I think that in response to Zhirinovsky's claims, Azerbaijan's response would be to recommend him to read the law and history.
Elnur Enveroglu