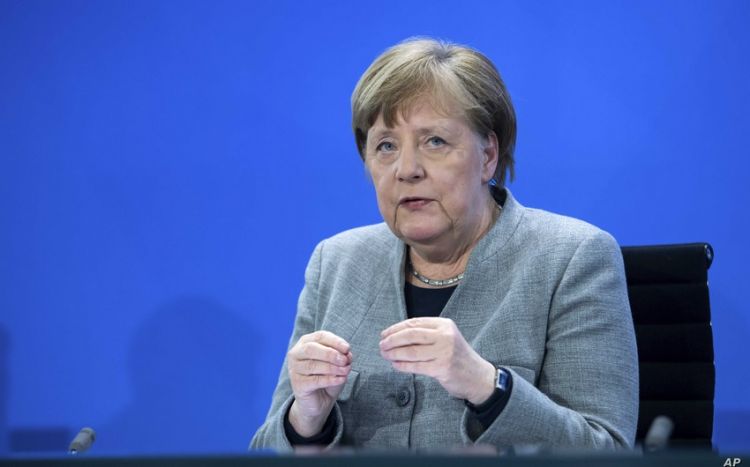 When there is no respect for the sovereignty and territorial integrity of states, as in the case of Nagorno-Karabakh, the norms of international law must be applied,' German Chancellor Angela Merkel said during her speech at the spring session of the Parliamentary Assembly of the Council of Europe via videoconference, Azeri Daily reports.

'It is important to comply with the laws passed jointly. These laws should be applied in the event of a threat to peace. These laws should be applied when there is no respect for the sovereignty and territorial integrity of states. An example of Nagorno-Karabakh can be cited. At this time, the Council of Europe has an important role to play. All the institutions of the Council of Europe must cooperate with each other in this matter,' said the German Chancellor.

'If we look at the external borders of Europe, it will become obvious to us that today, peace and security, stability and prosperity are not taken for granted. The situation in Belarus, eastern Ukraine and Crimea, Transnistria, South Ossetia, Abkhazia, Nagorno-Karabakh and, of course, Syria and Libya is more than alarming,' she said in the video message to the participants of the spring session of the Parliamentary Assembly of the Council of Europe (PACE).