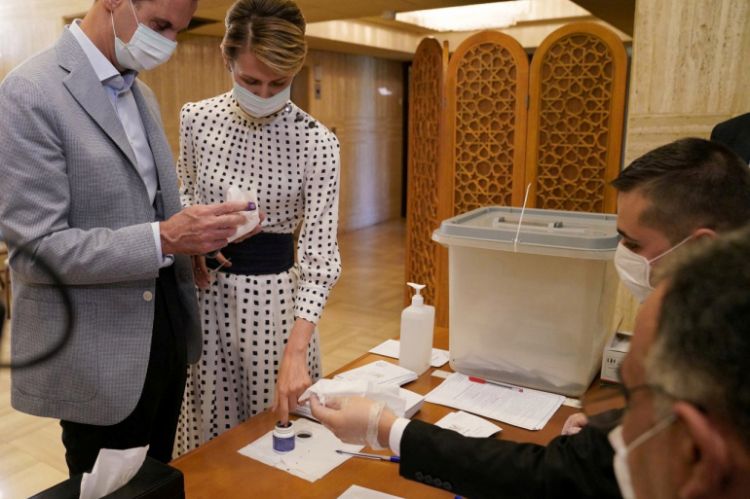 Syria President and candidate in the presidential elections, Bashar al-Assad, voted at one of the ballot boxes established in the city of Duma, east of Damascus.
Images released by the Syrian presidency showed the president accompanied by his wife, Asma al-Assad, amid crowds of citizens, voting at the polling station established in that city.
Duma, the largest city in Damascus-countryside province, was until 2018 the largest stronghold of radical groups and headquarters of the so-called Army of Islam, before its liberation at the hands of the Syrian army.
In turn, Abdullah Salloum Abdullah, candidate for the Socialist Unionist Party, voted in the ballot box established at the headquarters of the People's Assembly.
Early Wednesday, Syrians inside the country began casting their ballots at the more than 12,000 polling stations to elect among three candidates who will govern their country for the next seven years.
These are the second multi-party elections after those held in 2014, in which current President Bashar al-Assad won more than 88 percent of the votes.