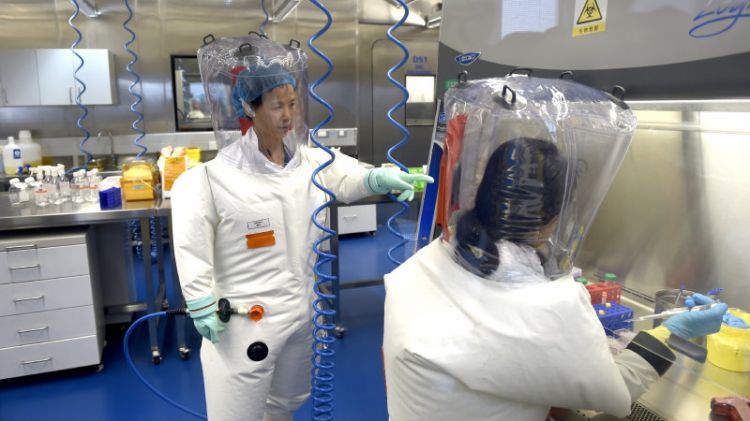 A previously discredited theory that the coronavirus pandemic was triggered by a Wuhan lab leak has been discussed by the world’s most powerful leaders, as Prime Minister Scott Morrison says more work is needed to find out what caused the global “carnage”.
The G7 is on Sunday expected to back a fresh independent investigation into the origins of the deadly disease, as well as reforms to the World Health Organisation and a new scheme to force countries into declaring dangerous outbreaks much sooner.
US President Joe Biden led the charge at the gathering in Cornwall after recently ordering his own officials to “redouble” their efforts to determine whether the virus came from a laboratory accident or human contact with an infected animal.
The majority of the US intelligence community believes those two scenarios are most likely but Mr Biden said there is not yet enough information to assess one as more likely than the other.
Asked about whether there should be a new investigation, Mr Morrison framed the inquiry as a chance to prevent future pandemics rather than a tool to target China.
“The purpose of these inquiries is to understand,” he said. 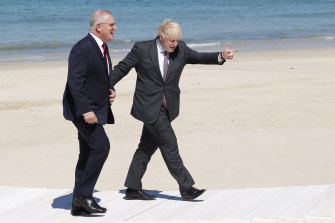 “It’s got nothing to do with politics or frankly blame or anything else. It is about understanding it so we all on a future occasion, should it occur, can move quickly and can respond and avoid the absolute carnage that we’ve seen from this pandemic to both lives and livelihoods all around the world.
“The transparency around these things is incredibly important just for health and safety, if nothing else.”
Mr Morrison last year said Australian officials had no information to suggest the virus came from the Wuhan Institute of Virology.
He would not say in Cornwall whether the Australian government now has a view on whether a lab leak or animal transmission is the most likely source of the virus.
Australia’s 2020 calls for an independent inquiry sparked a furious backlash from Beijing and led to a serious of retaliatory trade sanctions.
That World Health Organisation-led inquiry found a lab leak was lab leak “extremely unlikely” but the probe was criticised as insufficient and questions have been raised about how much access the WHO team had to Chinese information.
Mr Morrison said that original team was still working to find out more and backed that extra work.
The Wuhan lab leak theory was prompted by former US president Donald Trump over 2020 but widely dismissed by health experts and some foreign intelligence officials.
However it has gained new momentum over recent weeks following the latest US intelligence assessment and Biden’s open mind on the subject.
WHO director-general Tedros Adhanom Ghebreyesus revealed the G7 leaders discussed the possibility of a lab leak during a session on Saturday afternoon about health.
“So far close to 3.75 million people have died,” he said.
“This is very tragic and the respect these people deserve is knowing what the origin of this virus is so that we can prevent it happening again.
“The origin study is something the WHO is really serious about. We will need co-operation from the Chinese side, we will need transparency in order to understand and find the origin of this virus.”
Dr Tedros said he wanted “better co-operation and transparency” from China during the next stage of the investigation.
The G7 communique to be released on Sunday will also support the creation of a new early-warning system to detect infectious disease threats sooner.
“Having that opportunity to be able to identify these pandemics at their very early onset and to be able to take very quick action relying on very good and reliable information – this is a key lesson I think out of this pandemic,” Mr Morrison said.