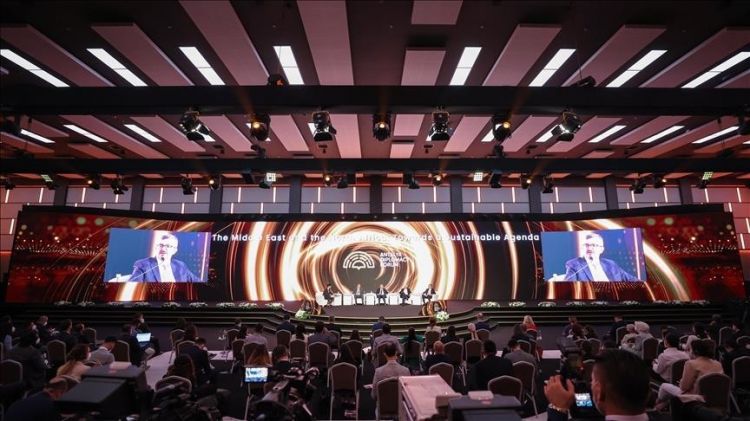 Officials from Balkan countries discussed steps to improve relations with the EU and each other at the Antalya Diplomacy Forum in Turkey on Saturday.
During the “Common View of Neighbors: The Future of Europe” panel, Miroslav Lajcak, EU special representative for Kosovo-Serbia dialogue, said Europe is the most important partner of the Western Balkans and it provides significant support to the region in trade and investment.
Underlining that since the 2003 Thessaloniki Summit, where the EU presented the prospect of full membership to countries in the region for the first time, he said nation’s did not make great progress. Two countries were in the negotiation process, he said.
Since the EU has to deal with an economic crisis, refugee crisis and the coronavirus pandemic, the EU membership issue remains in the background and the process is in a "foggy period,” he said.
Highlighting that the EU expects a strong signal from countries in the region, he said: "The EU needs to make sure that every new member that will join the union will be functional."
Sergey Lagodinsky, chair of the EU-Turkey Joint Parliamentary Commission, said Turkey's EU membership process is quite complex.
"We encounter the same problems in the membership processes of smaller countries where the obligations they have to fulfill are less,” said Lagodinsky.
Lagodinsky said Turkey's process has not been suspended. It is just pending, and some problems need to be resolved.
"The negotiation process with the EU is important not only to please the EU but also to achieve a society that can be proud of its membership,” he added.
Montenegrin Foreign Minister Djordje Radulovic said 80% of his country's population supports EU membership.
Noting that membership is a technical process, not political, Radulovic said: "The Western Balkans are the heart of Europe, Montenegro and Albania are the heart of the Western Balkans.”
Albanian Foreign Minister Olta Xhacka said the "European dream" also contributes to regional cooperation and good neighborly relations.
Western Balkan countries are not the backyard of the EU, he said, adding events in the Balkans affect the EU.
Former Romanian Prime Minister Victor Ponta said six Balkan countries besides Croatia, Slovenia, Bulgaria and Romania, should the process to become members of the union.
"Western Balkan countries are part of Europe and the EU would be incomplete without the Western Balkan countries," he said.