Macron asks for explanation from Israeli premier about Israeli spyware 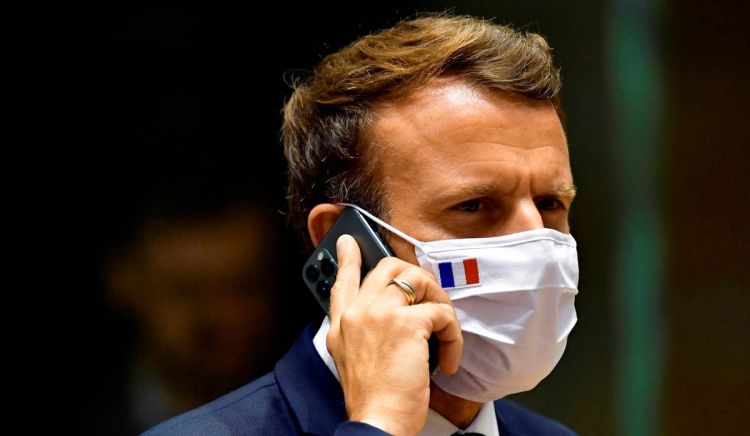 French President Emmanuel Macron demanded from Israeli Prime Minister Naftali Bennett an official explanation for the Pegasus spyware developed by the Israel-based NSO Group during a telephone conversation Saturday.
Israeli Channel 12 said Macron expressed discomfort about reports that his mobile phone and others of French government officials were compromised. Bennett promised an investigation at the highest level would be launched but noted the incident occurred before he assumed office.
It was alleged that at least 10 governments -- including Bahrain, Kazakhstan, Mexico, Morocco, Azerbaijan, Hungary, India and the United Arab Emirates -- were customers of the NSO Group and spyware was used to target activists, journalists, lawyers and politicians.
The spyware can reportedly turn a phone into a surveillance device in which messages, cameras, audio recordings and applications could be accessed.