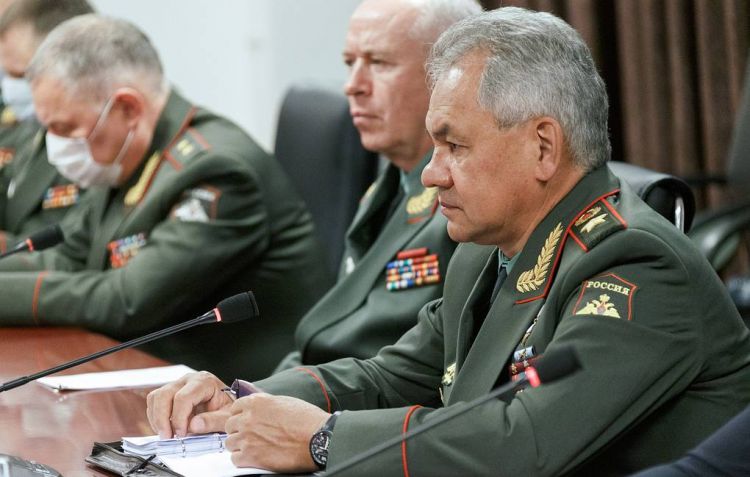 The situation along the borders of Shanghai Cooperation Organization (SCO) countries is complicated and tends to deteriorate, Russian Defense Minister Sergey Shoigu said, addressing a meeting of the SCO’s defense chiefs on Wednesday.
"International terrorism, extremism, separatism and cybercrime continue to threaten the peaceful development of the organization’s members and the welfare of our peoples," he pointed out. Shoigu added that "the coronavirus pandemic has exacerbated international tensions, traditional challenges and threats."
"At this point, the situation in Afghanistan is particularly important because the country is actively engaged in the SCO’s activities as an observer country," Shoigu noted.
The Russian defense chief was hopeful that SCO members would be able to preserve peace and stability in the region through joint efforts. "Our meeting, traditionally focused on ways to ensure security, is taking place in the year of the Shanghai Cooperation Organization’s 20th anniversary. During this period, the SCO turned into an influential interstate organization, playing an increasingly important role in international affairs. It became possible largely particularly through cooperation between the member states’ defense ministries and a high level of understanding and trust," Shoigu said.  He emphasized that SCO countries had similar views on how to resolve issues related to regional security and stability.
Assistance to Russia's allies
According to Sergey Shoigu, Russia’s Defense Ministry is taking measures to combat attempts to move militant activity from Afghanistan into Central Asia.
"To that end, we seek to improve the combat readiness of Russia’s military bases in Tajikistan and Kyrgyzstan, by strengthening their ability to respond to crisis situations. We provide assistance to our allies and partners in Central Asia by upgrading their armed forces and equipping them with weapons and military hardware, in addition to training personnel," Shoigu pointed out.
"We place great importance on troop training," the Russian defense minister added.