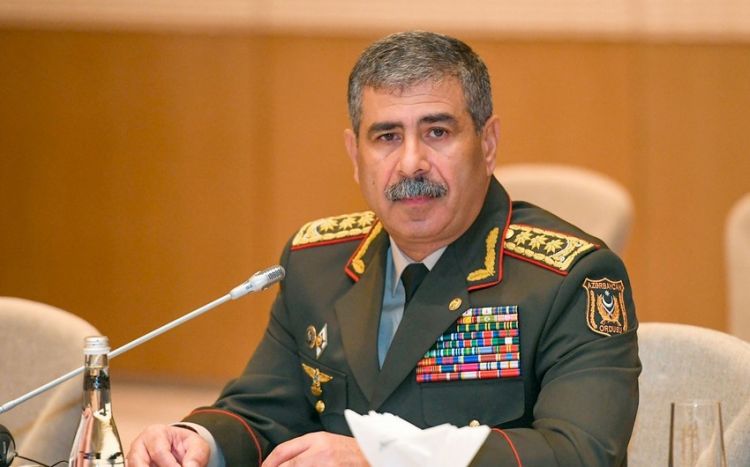 Commanders of the Army Corps and formations stationed in the liberated territories and other officers were also involved in the meeting held via video communication.

According to the Ministry of Defense, that the minister demanded to pay special attention to the issues of clarification of combat plans, the implementation of measures on bringing troops to a high degree of combat readiness, and their regrouping during intensive training and exercises.

Zakir Hasanov instructed forces to consider the aspects of combat and logistical support.