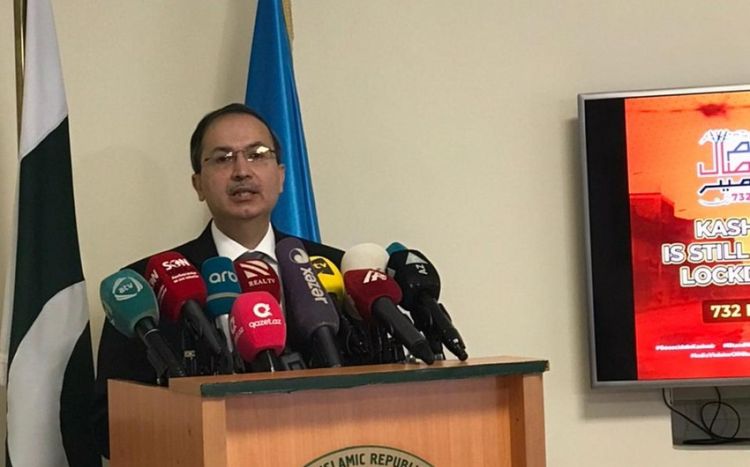 As in Pakistan, representatives of different religions live peacefully in Azerbaijan, Pakistani Ambassador to Azerbaijan Bilal Hayee said at an event dedicated to the second anniversary of the abolition of the status of Jammu and Kashmir, Eurasia Diary reports citing Report News Agency.

The ambassador thanked Azerbaijan for supporting Pakistan in the Kashmir issue, and also added that "Azerbaijan has provided unshakable support. President Ilham Aliyev has clearly and plainly demonstrated his position on this issue." Bilal Hayee noted that, unlike other countries, Azerbaijan does not apply double standards.

He also said that representatives of the Organization of Islamic Cooperation (OIC) will soon visit Azad Kashmir (Free Kashmir). The ambassador said that "Pakistan would also like to organize a visit to Jammu and Kashmir, but the Indian side does not allow independent journalists, representatives of international organizations, and foreign observers there."

Bilal Hayee said that recently the Kashmir issue had been brought up for discussion by international organizations three times.

"The European Parliament has held hearings on the situation in Kashmir and is demanding the implementation of UN Security Council resolutions. In the occupied provinces, it is necessary to hold a referendum so that the people living there vote in which state they want to live. Pakistan will accept the results of the referendum in Jammu and Kashmir."

August 5, 2021, marks the second anniversary of the unilateral actions of the Indian government in the internationally recognized disputed territory of Jammu and Kashmir. Pakistan believes that the actions taken on August 5, 2019, constitute a clear violation of UN Security Council Resolutions 91 and 122 and the Fourth Geneva Convention.