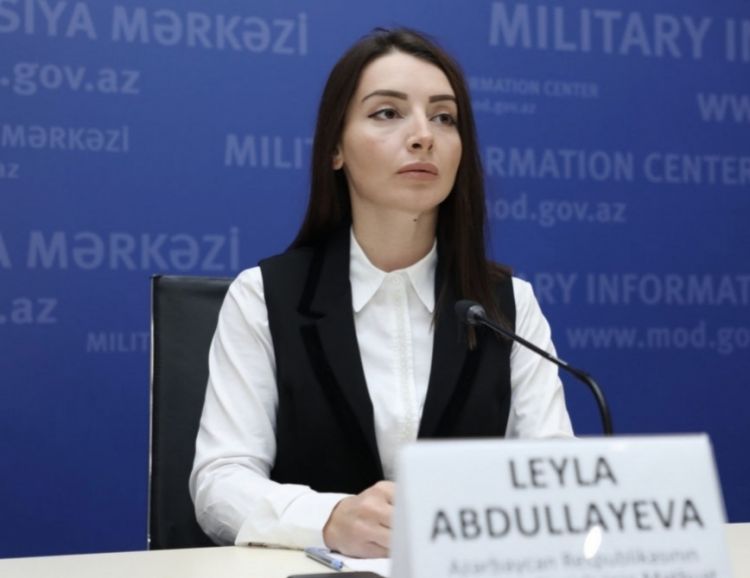 More than 46,486 mines and unexploded ordnance were cleared from over 15,510 ha in the liberated territories, Head of the Press Service of the Ministry of Foreign Affairs of Azerbaijan Leyla Abdullayeva said on Twitter.

According to her information, 160 Azerbaijani citizens were killed or injured by mines laid by Armenia during the conflict. This includes two journalists and a government official who were killed in a fatal mine explosion whilst carrying out their duties.

In her tweet, she note the importance of the new international airports in the liberated territories.

"The first international airport in the liberated region of Fuzuli has begun test flights. Two international airports are also under construction in Zangilan and Lachin regions. Azerbaijan Airlines (AZAL) was among the first organizations to open job vacancies in the liberated territories; providing displaced communities returning to their homes in Karabakh with significant career opportunities"/

She also shared information on the large-scale works of the reconstruction and restoration in Aghdam and Zangilan districts. According to her, the strategic road map encompassing railway and highways to increase the economic integration of the regions.

"The master plan for the city of Aghdam was approved, and many iconic cultural buildings and historical monuments were restored in Shusha. The 'Smart Village' project in the Agali village of the Zangilan region has been launched. The finalization of the project is planned for early 2022. A strategic road map encompassing railway infrastructure roads and highways to increase the economic integration of the region's countries, as part of the Trilateral statement's provision to unblock all economic and transport links in the regions, was prepared. The restoration of agriculture in the liberated areas continues successfully".

Furhetmore, she touched upon the completed works of the Ministry of Culture on the inventory of historical and cultural monuments in the liberated territories.

"The Ministry of Culture completed an inventory of 1,376 historical and cultural monuments in the liberated areas. The Government of Azerbaijan secured a perspective energy deal with British oil producer BP to establish a solar energy production facility in the liberated territories".

"Relevant agencies conducted a thorough assessment of the pollution caused by Armenian partnerships with international metal companies to the Oxchuchay River, which has led to conditions dangerous to human health in Azerbaijan and other neighboring countries in the Caspian Basin," she added.