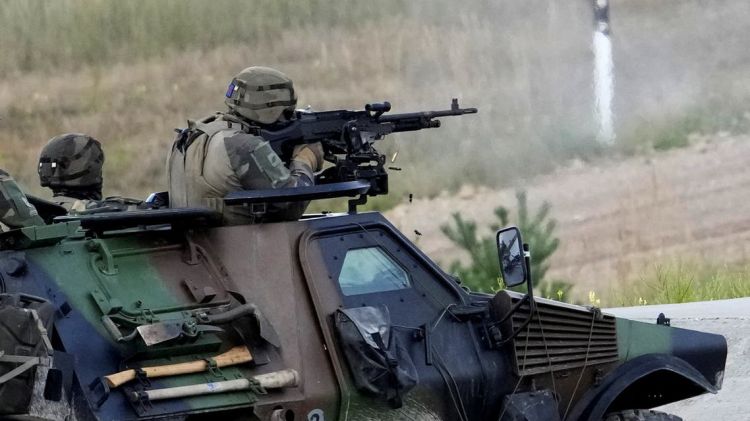 The Latvian defense ministry has apologized to residents in the capital city Riga for the scare caused by a huge military exercise in the city center, news outlet Pakistan Point reported on Monday.
The Namejs 2021 drill sparked a backlash among residents after video footage of the military firing blanks among civilians went viral on social media.
Eyewitnesses filmed a soldier firing over the head of a woman with a small child, terrifying the latter.

Military exercises in the center of Riga, Latvia, no warning given.

Another video showed a military man firing a machine gun over the roofs of cars that were driving along a central street in Riga.
All national armed forces’ drills are organized in full compliance with safety rules and the public is also always informed about upcoming exercises and possible noise, as was done this time, the ministry said.
The Namejs 2021 drills, running from August 30 to October 3 across Latvia, are aimed at assessing and upgrading the command-and-control framework of the national armed forces, as well as boosting unit interoperability.
According to local media, the exercise will involve 9,300 participants, including allied troops, home guards, reservists, representatives of the defense ministry, as well as personnel of the state police, state border guard, state fire and rescue service and the prison.