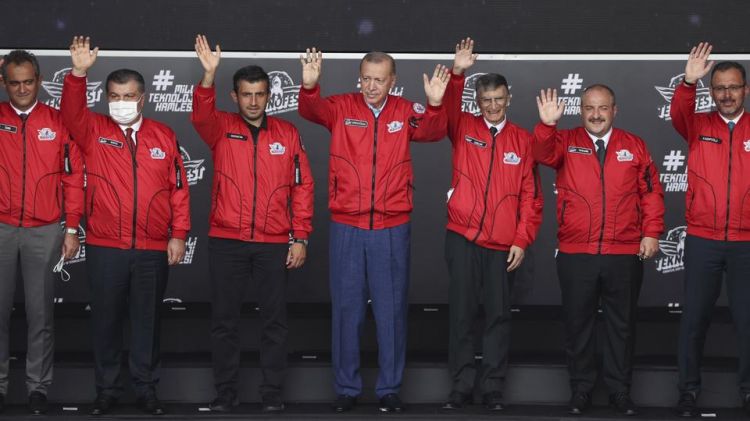 The six-day Teknofest event, an annual exhibition on the commercialisation of patents, inventions, and new products, began on Istanbul on Tuesday and will end on Sunday.

Turkey will showcase its top-notch technology event Teknofest in other countries, the Turkish president has said.
Addressing Turkey's largest technology and aviation event Teknofest 2021 at Istanbul's Ataturk Airport, Recep Tayyip Erdogan said he sees the successful scientists, engineers, technicians, researchers, and astronauts at the festival who will shape Turkey's future.
“I hope the young inventors of Teknofest will be the architects of 2053 and 2071 Turkey,” he said.

Expressing his pleasure over being at the world's number one aviation, space, and technology festival again, Erdogan said the rich potential of the country on exhibition because of the youth's efforts.
“As our unmanned aerial vehicles make headlines in the world press, Teknofest should be number one on the agenda of the world media. Hopefully, from next year, we will make Teknofest an international brand, and we will organise it in friendly and allied countries starting from Azerbaijan,” Erdogan said.
Attending the ceremony, Turkey's Nobel Laureate in Chemistry, Aziz Sancar, and the president presented awards to the teams that won the contests with their projects.
The six-day Teknofest event at Istanbul began on Tuesday and will end on Sunday. It is an annual exhibition on the commercialisation of patents, inventions, and new products.
Last year, the event was organised virtually in the southeastern Gaziantep province due to the coronavirus restrictions.