Statement on the results of trilateral meeting among Russian, Azerbaijani and Armenian leaders - Full text
Read: 355

Mechanisms for delimitation and demarcation of Azerbaijani-Armenian borders to be created before the end of year
Read: 263 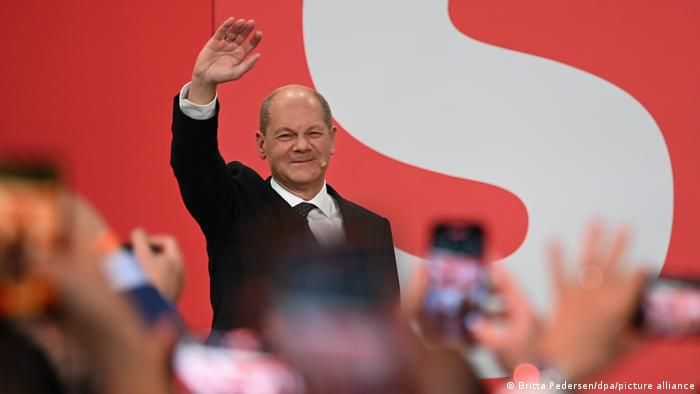 The 120,000 members of Germany's Green Party will get to vote on any coalition deal to form a new government if it involves the party, which emerged as the third strongest force in last week's election, members decided at a conference in Berlin on Saturday. A party conference is to vote on the start of coalition negotiations, while all members are to get a final vote on the ultimate coalition agreement and on the government posts to be filled by the Greens. The process could be concluded within two weeks, the party's federal manager, Michael Kellner, said. This would be the first time in the party's history that its members get to vote on a federal coalition deal.

During the Saturday conference, 100 delegates also formally appointed a 10-member group spearheaded by party leaders Annalena Baerbock and Robert Habeck, to conduct future exploratory coalition talks. The Greens had already met with the pro-business Free Democrats, or FDP, on Friday, who came in fourth in Sunday’s elections, to explore their role as potential kingmakers in a three-way coalition.

Both parties are to conduct initial talks with Germany’s Social Democrats, or SPD, who emerged as the winner of the vote with 25.7%, on Sept. 26. The Greens will meet the Christian Democrat-led conservative bloc, or CDU/CSU, of outgoing Chancellor Angela Merkel on Tuesday. The CDU/CSU alliance came in second with 24.1%, while the Greens garnered 14.8% and the FDP 11.5%. The SPD and the conservatives are seeking to head the new government and are banking on forming three-way coalitions with the Greens and the FDP. The two smaller parties saw significant gains compared to the last elections in 2017. "If we don't mess up completely, over the next four years we will not only help support this government, we will have a significant say in it," the Green's co-leader Robert Habeck said during the conference. "We derive from the election results a clear mandate to take responsibility for shaping the country and to form a progressive government," reads the federal executive board's guiding motion for the Green Party conference.

FDP leader Christian Lindner also referred to the federal election as a turning point after Friday’s talks. "We feel that together we have the task of organizing renewal in Germany." However, he conceded that differences with the Greens remained, particularly regarding climate policies and finance. Senior SPD lawmaker Rolf Muetzenich expressed optimism ahead of the exploratory talks with the FDP and the Greens scheduled for Sunday. "I believe it's possible to quickly achieve good results," he told dpa. Muetzenich is part of the negotiating team under the SPD's candidate for chancellor, Olaf Scholz.
The parties would meet on an equal footing, he said. "Germany needs progress now." The CDU/CSU alliance also plans to meet the FDP for talks late on Sunday. Conservative leader Armin Laschet has not given up hope of forming his own coalition, despite a deeply disappointing election result, as well as scepticism in his party and among the wider public. CDU foreign policy expert Norbert Roettgen, who had lost out to Laschet in the race to be the conservative bloc's candidate for chancellor, called for a thorough evaluation of the conservatives' poor election performance in comments made to the Tagesspiegel newspaper's Sunday edition. This process should take place regardless of the outcome of coalition talks, Roettgen said.
While he said that Laschet should still conduct negotiations, Roettgen stressed that the lack of acceptance of the CDU/CSU's candidate for chancellor had been the main campaign issue. "Armin Laschet knows that, too," he added.