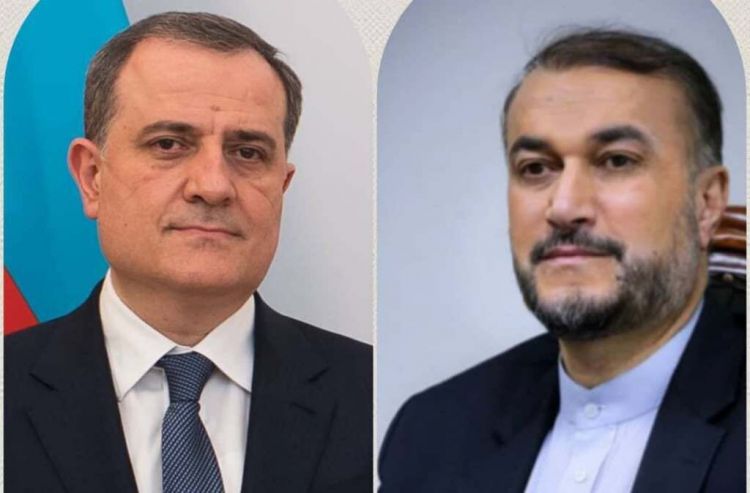 Iran’s foreign minister in a phone talk with his Azerbaijani counterpart on Tuesday emphasized that the two countries must block the path for the misconceptions in bilateral ties, and it is appropriate to very fast continue their relations in the right path towards further development.
Hossein Amirabdollahian and Ceyhun Bayramov in their phone talk surveyed the latest developments in bilateral ties and exchanged viewpoints relatively.
The Iranian foreign minister emphasizing the need for mutual respect and respecting the independence and territorial integrity of countries, said that Tehran and Baku have had relations as of very remote past in history.
Amirabdollahian said that Tehran expects Baku to resolve the problem of Iranian trucks’ transit problem.
He referred to the depth of the two nations and countries’ relations, adding, Both Tehran and Baku have enemies, and the two sides should not provide opportunities for the enemies to disturb the two countries’ relations, and the worries should be resolved through dialogue and cooperation.
The minister of foreign affairs of Azerbaijan, too, said in the phone talk that his country’s relations with Iran are friendly, adding that having relations with friendly countries is a priority for Azerbaijan Republic.
Bayramov, meanwhile, emphasized that resolving the disputes must be through dialogue amid a calm and friendly atmosphere.
He proposed that the customs officials of the two countries should negotiate aimed at solving the problems that the Iranian truck drivers are faced with in transiting goods.
He also ensured Amirabdollahian that the Azerbaijani concerned officials are pursuing the issue of setting free the two arrested Iranian truck drivers.
The two foreign ministers, meanwhile, invited each other to visit Tehran and Baku.