US seeking cooperation with Turkey on 'common priorities' - ednews.net

US seeking cooperation with Turkey on 'common priorities' 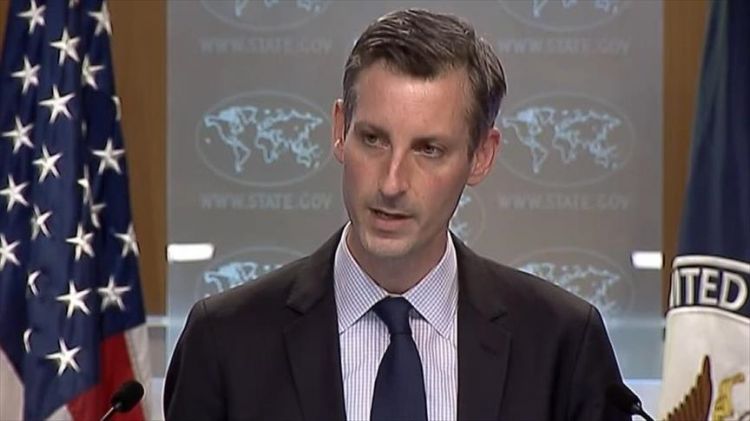 The State Department said on Monday it is seeking to work with Turkey on issues of mutual interest following a row that began after the US joined with nine other countries to call for the release of Turkish businessman Osman Kavala.
"The Biden administration seeks cooperation with Turkey on common priorities, and as with any NATO ally, we will continue to engage in dialogue to address any disagreement," State Department spokesman Ned Price told reporters.
"We believe the best way forward is through cooperation on issues of mutual interest, and we know that we have many issues of mutual interest with Turkey," he added.
Kavala faced charges over the 2013 Gezi Park protests, a small number of demonstrations in Istanbul that later transformed into nationwide protests which left eight protesters and a police officer dead. He was acquitted of all charges in February 2020. An appeals court, however, overturned the verdict in January.
Kavala is also accused of involvement in the 2016 defeated coup orchestrated by the Fetullah Terrorist Organization (FETO) in Turkey. He was remanded into custody on charges of spying in March.
The US joined with nine other countries in demanding Kavala's release on Oct. 18, claiming the ongoing case has cast a shadow over democracy and the rule of law in Turkey.
Turkish President Recep Tayyip Erdogan said he ordered the Foreign Ministry to designate the ambassadors persona non grata in response, prompting several embassies and the US to issue another statement on Monday in which they said they maintain "compliance with Article 41 of the Vienna Convention on Diplomatic Relations."
The ambassadors took a step back from slander against the Turkish judiciary and Turkey with the new statement, said Erdogan.
"We believe that these ambassadors, who expressed their commitment to Article 41 of the Vienna Convention, that is, the commitment to abide by the laws and regulations of countries and not interfering in internal affairs, will now be more careful in their statements on Turkey's sovereign rights," said Erdogan.
He said anyone who does not respect the independence of Turkey and its sensitivities cannot stay in Turkey "regardless of their positions."
Price, however, said the US did not alter its position, maintaining the Oct. 25 statement was issued "to underscore that the statement that we put out on Oct. 18 was consistent with Article 41 of the Vienna Convention."
"What we issued was to underscore that the statement that we issued with nine other embassies on Oct. 18, that very simply, it was consistent with Article 41 of the Vienna Convention," he said. "The principles that we have put forward in the context of Turkey, and also around the world, those are principles that we are committed to."