Iran accused the US and Israel of carrying out a cyberattack - ednews.net

Iran accused the US and Israel of carrying out a cyberattack 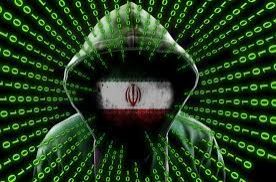 Iranian civil defense chief Gholamreza Jalali, who oversees the country’s cybersecurity, has accused the United States and Israel of carrying out a cyberattack, which this week sparked unrest over Iranian gas stations.

However, Jalili left an “open door” in his accusations, saying the technical investigation was not yet complete.
“We still can’t say from a criminal point of view, but from an analytical point of view, I believe it was done by the Zionist regime, the Americans, and their agents,” Jalali told state television.
The cyberattack has caused problems with gas stations in various parts of Iran. The cyberattack was confirmed by Iran’s Supreme National Security Council, and the target of the attack was government networks related to fuel subsidies, which many Iranians have to rely on amid serious economic problems in the country.
President Ebrahim Raisi said earlier that the cyber attack was aimed at creating “unrest” in the country.
Iranian hackers threaten some defense companies
On October 12, Microsoft said Iran-related hackers have been threatening defense companies from the United States, the European Union, and Israel since July. The corporation wrote about this on its website.
According to Microsoft, cybercriminals are interested in technologies related to drones, satellites, and communication systems. At the same time, the company indicated that most of the attacks were prevented and hackers managed to compromise the passwords of only 20 companies.
Microsoft added that the systems of several cargo companies doing business in the Middle East were also at risk of hacking. The corporation believes Iran is trying to gain access to commercial satellite imagery and supply plans to compensate for the shortcomings of its evolving communications system.
Earlier, Microsoft analysts concluded that Russia is behind 58% of state-supported cyberattacks. The calculations were based on the company’s data on cyberattacks in the world. In 2020-2021, according to Microsoft, the DPRK was in second place in terms of the number of attacks: the share of its cyberattacks increased from about 11% to 23%. The share of cyber attacks related to the PRC decreased from 12% to 8%, but the company noted that the degree of their success reached 44%.
Israeli-Iranian proxy war / cold war
Communication between Israel and Iran is mostly threatening and hostile. Such has been the relationship between the two countries for a very long time. This situation is known as the proxy conflict, the proxy war, or the Cold War between the two countries.
The conflict “appeared” on the world map after the Iranian revolution in 1979. In all the years to this day, Iran aims to destroy Israel as a state. Tehran supports groups and organizations that are hostile to the Jewish state and people. On the other hand, Israel is worried about Iran’sIran’s nuclear program. The proximity of the two countries worries Tel Aviv that Iranians could use them against Israel if Iran has nuclear weapons. Israel also finds its allies in the face of the United States and Saudi Arabia, which are apparent opponents of Iran.
Thus, this conflict gradually turned into an Israeli-Iranian war. The competition has been going on since the start of the Syrian civil war. According to Iran, Israel rules by an illegitimate “Zionist regime,” a Tehran problem. Iran’sIran’s other point of reference is that the United States is hostile to Muslims because it supports Israel.