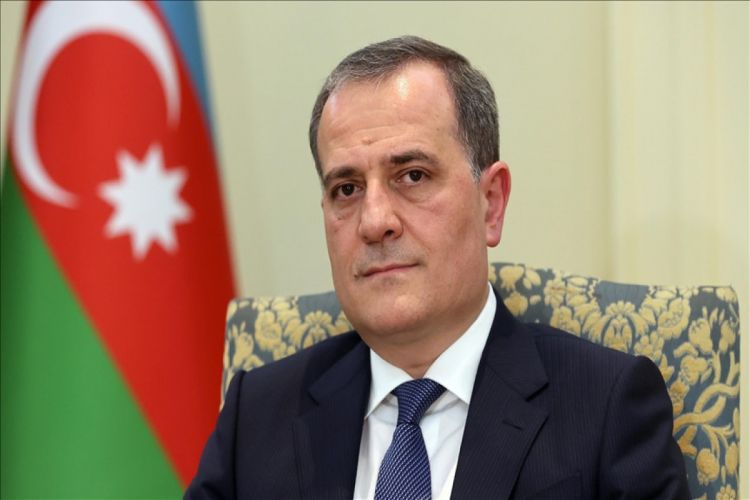 "Despite the implementation of many articles of the trilateral statement, several issues need to be addressed. But we take a positive and constructive approach also to the problems that need to be addressed", Azerbaijani Foreign Minister Jeyhun Bayramov told Anadolu  Agency, APA reports.

He noted that Azerbaijan is ready to normalize relations with Armenia: "Azerbaijani President has also issued statements regarding the normalization of peace and relations between two countries".

According to Jeyhun Bayramov, the most important term for achieving peace is recognition of Azerbaijan's territorial integrity by Armenia in accordance with international law.

Azerbaijani FM emphasized that according to the trilateral statement, discussions on transport corridors are underway: There is no specific process in this issue yet. We hope that the Armenian side will understand this as soon as possible. Armenia, who signed the joint statement, is responsible for implementing those articles. This statement is not just an issue of interest to Azerbaijan and Armenia. It is a process that is in the interest of all countries in the region and meets their interest. We are certain in this issue. The development and normalization of relations is beneficial for the Armenian government and the Armenian people.”