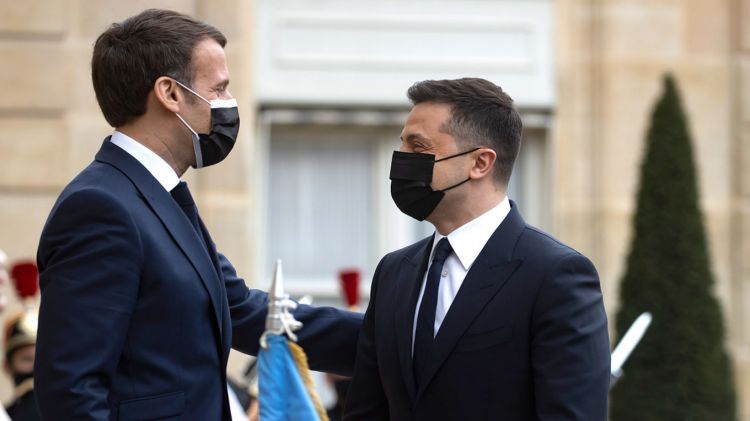 “The three leaders reaffirmed their commitment to this format of negotiations in order to find a lasting solution for the conflict [between Russia and Ukraine] and to preserve Ukraine’s sovereignty and territorial integrity,” it added.
President Zelenskiy said Ukraine was ready for any format of talks with Russia but would like to see a strong western sanctions policy against Moscow to avoid further escalation.
He also referred to the meeting on social media.
Ukraine is currently the main flashpoint between Russia and the West. According to the US reports, Russia has amassed more than 100,000 troops on Ukraine’s borders, possibly in preparation for an invasion. The Kremlin assures that its actions are of defensive nature.
Ursula von der Leyen, the head of the European Commission, also referred on social media to the Russian-Ukrainian conflict.
“Let there be no doubt: the EU will respond firmly to any aggression against Ukraine,” she wrote.
“We have every right to move our armed forces around our sovereign territory at our own discretion. Russia has no aggressive intentions,” The Russian Ministry of Foreign Affairs responded to the accusations of provoking the conflict.
“Our goal is full membership in the EU”: Volodymyr Zelensky
After the leader’s meeting in Brussels, Ukraine joined Georgia and Moldova at the summit to lobby the EU to let them begin negotiations to join the bloc. For now they will only win assurances of support against any possible Russian aggression.
“Our goal is full membership in the European Union,” President Zelensky said after meeting Charles Michel, the head of the European Council.