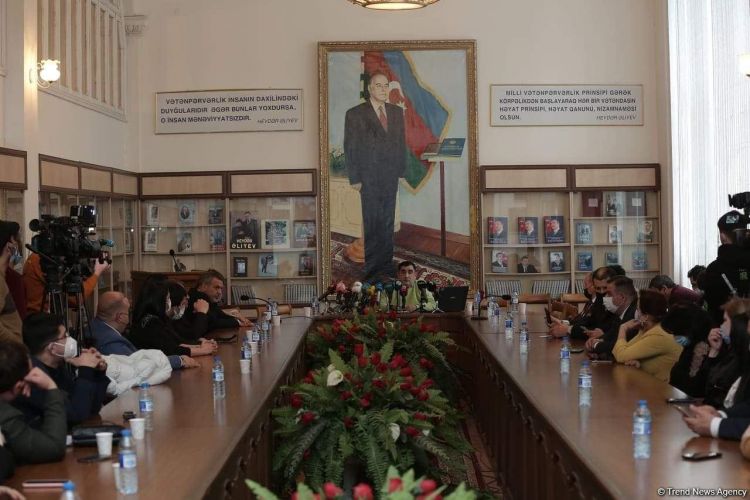 The heads of several Azerbaijan-based non-governmental organizations (NGOs) have urged UN bodies to take steps against the hate-motivated actions against Azerbaijan by Armenians working for the United Nations Development Program (UNDP), Trend has reported.

As a result of discussions held in Baku on February 11, the NGO leaders sent an appeal to UN Secretary-General António Guterres.

It was stressed at the meeting that a group of Armenian UNDP employees, including Armen Grigoryan, Narine Sahakyan, Mary Tavoukjian and Stepan Margaryan, published defamation and insults on their social media accounts not only against Azerbaijan, but also against all Turkic peoples, and openly promoted separatism, abusing the status of UN employees.

NGOs said that by pursuing a policy of both ethnic and cultural genocide, Armenia has purposefully erased all traces of Azerbaijanis - the historical and ancient residents of these territories, plundered, destroyed, embezzled and distorted the Azerbaijani people's cultural legacy. At the same time, ancient place names in these areas were changed with Armenian ones.

UNDP has been working in Azerbaijan since 1992. The UNDP activities in Azerbaijan initially focused on the provision of an early recovery program, especially to those affected by the Nagorno Karabakh conflict. Over time, UNDP’s role in Azerbaijan has shifted toward longer-term socio-economic development in line with the country’s evolving needs. The main programming framework for all UN activities in Azerbaijan is the UN-Azerbaijan Partnership Framework signed between the UN and the Economy Ministry in 2016.