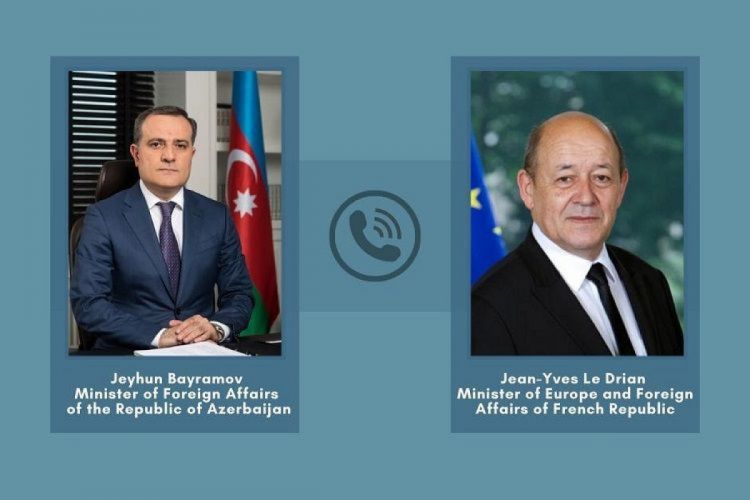 The ministers discussed the current situation in the region, including the implementation of trilateral statements.

During the talks, the ministers touched upon five basic principles presented by Azerbaijan. The French Minister expressed France's support for normalization efforts between Azerbaijan and Armenia.

The sides also exchanged views on the current situation around Ukraine.

During the telephone conversation, the ministers discussed topical issues of the bilateral agenda and other issues of mutual interest.