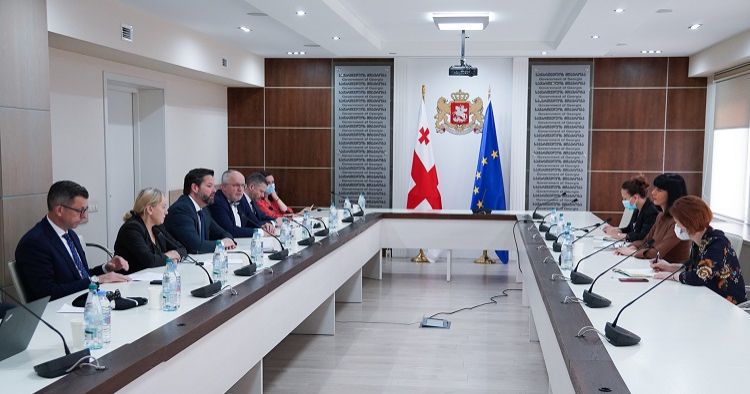 The “difficult” humanitarian and legal situation in the Russian-occupied regions of Georgia was discussed on Tuesday in a meeting between Tea Akhvlediani, Georgia’s State Minister for Reconciliation and Civil Equality, and a visiting delegation of Members of the European Parliamentç

Akhvlediani thanked the MEPs for their “unwavering” support for Georgia's sovereignty and territorial integrity within its internationally recognised borders, as well as the country’s peaceful policy for reconciliation and its European integration, the Office of the State Minister said.

She also underlined the “important” role of the European Union in the process of the peaceful settlement of the conflict in Georgia.

The meeting focused on the humanitarian and legal situation in the Russian-occupied Abkhazia and Tskhinvali (South Ossetia) regions, and on the importance of further intensifying the efforts of international partners in protecting the fundamental rights of the local population.

The difficult situation created by Russia's military aggression against Ukraine, the ongoing hostilities in the country, and its impacts on global and regional security were also reviewed, along with questions of related challenges facing Georgia.