After Mike Pence's pick for Georgia governor trounced Trump's, the former VP is trying it again in Arizona - ednews.net

After Mike Pence's pick for Georgia governor trounced Trump's, the former VP is trying it again in Arizona 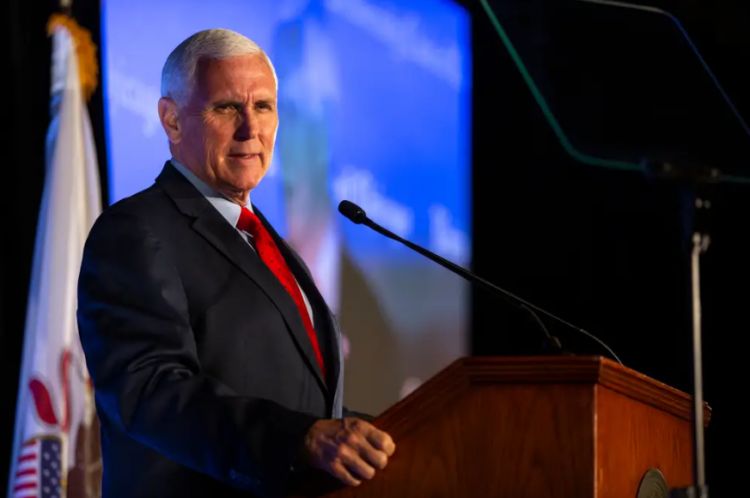 Former Vice President Mike Pence is throwing his weight behind Arizona gubernatorial candidate Karrin Taylor Robson, placing himself directly at odds with his ex-boss, former President Donald Trump.
Robson announced Pence's support for her in a series of tweets, along with a statement from Pence on the endorsement.
"As Arizona Democrats pursue the reckless Biden-Harris agenda, Karrin Taylor Robson is the only candidate for Governor that will keep Arizona's border secure and streets safe, empower parents and create great schools, and promote conservative values," Pence said.
He added that he thought she was the "best choice for Arizona's future."
Robson thanked Pence for backing her, complimenting him for never wavering in his "commitment to our Constitution."
"Modern politics is full of charlatans & fakes, but VP Pence is the genuine article," Robson tweeted.
Pence is one of several establishment figures to come out in support of Robson this week. For one, Arizona's outgoing Republican Gov. Doug Ducey endorsed Robson while blasting Lake for baselessly pushing Trump's claims of election fraud, calling the latter "Fake Lake."
Ducey is known for certifying his state's election results while appearing to reject an incoming call from Trump. He's reached his term limit and can't run for reelection.
Pence's support for Robson places him on a direct collision course with Trump. In September 2021, Trump endorsed Lake, a former Fox 10 TV anchor, after she called for his face to be added to Mount Rushmore.
Lake has parroted Trump's false claims of election fraud and said that if she had been in office during the 2020 election, she would not have certified the results.
For her part, Lake's campaign said in a statement to Axios that Pence had reminded Arizonians that "the choice in this race is between President Trump, Kari Lake, and the America First movement versus Robson, Ducey, and the Arizona Swamp."
This dead heat race in Arizona is the second occasion where Pence has publicly broken with Trump and rallied for a rival camp.
In May, Pence stumped for the incumbent GOP Gov. Brian Kemp against his primary challenger, the Trump-backed David Perdue.
Kemp went on to trounce Perdue, clinching the Republican nomination for the upcoming gubernatorial race against Democratic nominee Stacey Abrams. Trump's PAC then groundlessly claimed that Kemp's 52-point victory over Perdue was due to voter fraud.
The Arizona primary is on Tuesday, August 2.