Assistant to President announces main directions of negotiations between Azerbaijan and Armenia - ednews.net 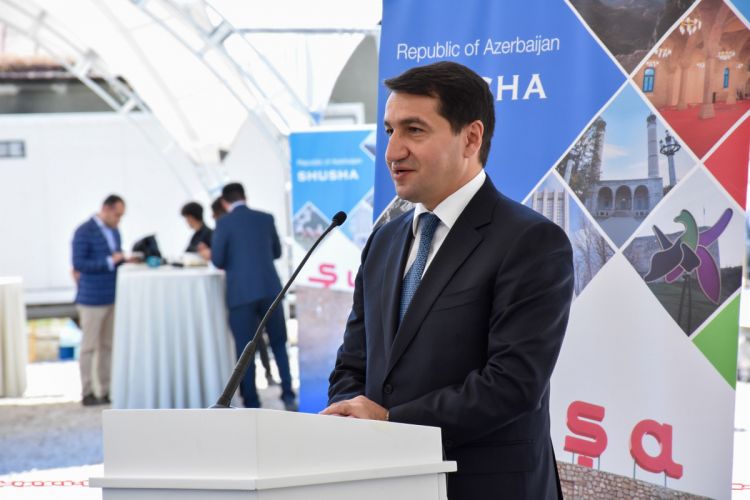 "A meeting of Azerbaijani and Armenian leaders will be held in Brussels at the end of this month with mediation of President of the Council of European Union Charles Michel," said Assistant to Azerbaijani President Hikmet Hajiyev at the conference in Shusha, APA reports.

"We hope that an organization of a working group on development of text of a peace agreement between Azerbaijan and Armenia will be agreed at the meeting. But we see hesitations from the Armenian side regarding all of these processes," H. Hajiyev added.

Assistant to President has reminded that an agreement was reached on establishment of a commission on delimitation of borders at the previous meeting in Brussels: "At the same time, Deputy Prime Ministers of Armenia and Azerbaijan will meet in Moscow, they will discuss transport-communication and delimitation issues."

Hikmet Hajiyev has announced that negotiations between the two countries are currently conducted in the direction of delimitation of borders, development of humanitarian, transport-communication, and peace agreement.