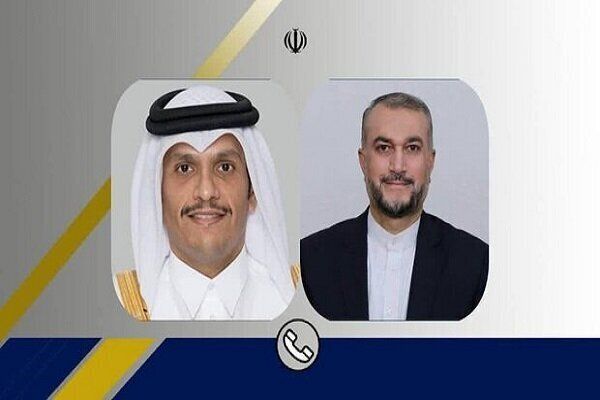 During the phone call, the two foreign ministers discussed the bilateral ties and so other regional and international issued and the latest developments revolving around talks on the removal of anti-Iran sanctions.
Qatari foreign minister emphasized that his country is really interested in achieving an agreement between Tehran and Washington on the removal of anti-Iran sanctions.
Reaching a fair agreement would benefit the security and stability of the region, Qatari top diplomat stressed.
Iranian Foreign Minister Hossein Amir-Abdollahian met and held talks with his Qatari counterpart in New York last week on the sidelines of the 77th UN General Assembly.
Islamic Republic of Iran has focused on verifying the removal of sanctions, receiving guarantees regarding the durability of the JCPOA and removal of safeguards claims of IAEA as its main demands in the negotiations process on sanctions removal talks.
Accordingly, Iran has emphasized that US returning to the agreement, in exchange for some restrictions, should bring about tangible economic benefits to the Iranian nation.