Armenia wants to establish relations with Azerbaijan on basic principles - A STEP from Pashinyan - ednews.net

Azerbaijan's mine problem through the eyes foreign bloggers - VIDEO
Read: 165 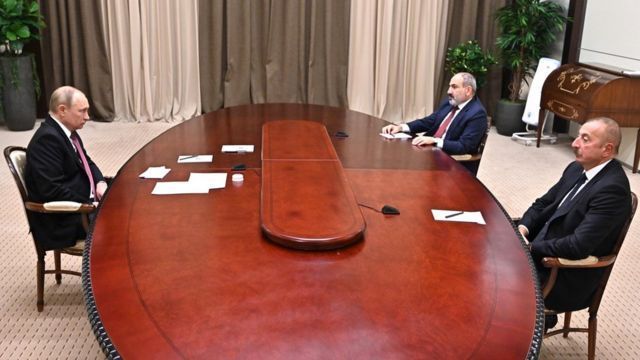 Armenia agrees to improve relations with Azerbaijan at the initiative of Russia.

"At the beginning of September, Armenia agreed to work on the basis of the main principles and proposals presented by Russia for the establishment of international relations between Azerbaijan and Armenia, and is ready to confirm this in Sochi."

He also noted that he believes that Russia will take a positive approach to this.

"We hope that Russia will support its proposals."

It should be noted that at the plenary meeting of the "Valday" Dialogue Club held on October 27, Russian President Vladimir Putin said that Russia will support the peace agreement to be signed between Azerbaijan and Armenia.

Putin added that "this step of Armenia should be taken into account and discussed at the next meeting. Putin also noted that negotiations should be held with Azerbaijan.