Russian T-14 Armata tank could be transformed into nuclear weapon - US
Read: 690

Ex-PM Medvedev speaks about his relations with Putin
Read: 677

What does withdrawal of US troops from Iraq means? - American military expert explains 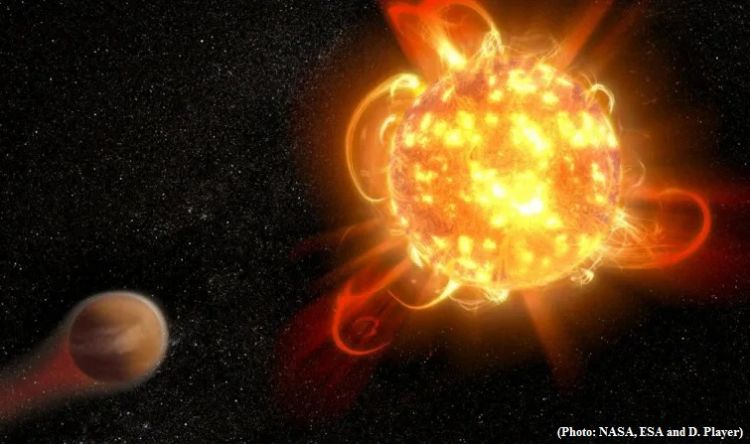 High-energy superflares are typically associated with young, quickly rotating stars, but new evidence suggests mature, plodding stars like our own can still churn out the odd superflare, Gizmodo reports.

Stars located hundreds of light-years away sometimes belch out bursts of energy powerful enough to be detected by astronomers here on Earth. Known as superflares, they’re like normal-strength solar flares but on a much grander scale. Conventional thinking suggests superflares are produced by young stars and that our middle-aged Sun, at 4.6-billion years old, is largely immune to such spasmodic bursts of energy.

New research published in the Astrophysical Journal suggests superflares can indeed be generated by mature, slowly rotating stars like the Sun, though on a relatively infrequent basis. The new study, led by astrophysicist Yuta Notsu, a visiting researcher at the University of Colorado Boulder, presented evidence which suggests mature stars emit superflares once about every 2,000 to 3,000 years. That’s rare—but not so rare that we shouldn’t be concerned about it.

To be clear, the effects of a superflare on Earth wouldn’t be enough to trigger an ecological calamity, but it would most certainly wreak havoc on our high-tech civilization. The incoming blast of high-energy radiation would inflict severe damage to electronics and telecommunications systems, causing blackouts, damaging satellites, and exposing astronauts to dangerous levels of radiation.

Superflares, it should be pointed out, aren’t the same as geomagnetic storms, but they are related.

Superflares were first detected by the Kepler Space Telescope—and it happened kind of by accident. The space-based observatory is designed to sniff-out exoplanets, but Kepler’s observations sometimes showed anomalous stellar behavior, in which some stars suddenly got really bright for short periods. Astronomers dubbed these celestial features “Kepler superflare stars.”

Normal-size flares on the Sun are quite common, but they’re certainly nothing on the scale being discussed here. Superflares are considerably bigger in terms of their energy expenditure, with blasts being hundreds to thousands of times more powerful than anything observed on our Sun. The volatile nature of young stars is a likely trigger for these bursts, Notsu explained.

Going into the new study, Notsu was seeking to learn if mature stars like ours are susceptible to superflares, and if so, the frequency of such events. Observational data from Kepler was affirmed by the ESA’s Gaia spacecraft and the Apache Point Observatory in New Mexico, which ruled out other causes for the apparent bursts, such as background noises. Once that was done, the total list of known superflares narrowed to 43 stars similar to our own. A statistical analysis of these objects confirmed the suspicion that the age of a star is a factor in terms of its ability to churn out superflares; whereas young stars produced superflares about once a week, mature stars produced superflares about once every few thousand years on average.

We don’t know when our Sun might produce a superflare. Asked if we’ll ever be able to predict superflares, Notsu said that’ll be a big challenge.

“Our current study only shows superflares can occur once every 2,000 to 3,000 years, and it is not clear about the next 100 years,” he told Gizmodo. “However, our results suggests the existence of large starspots, or sunspots, is a necessary condition for superflares. So at least, we can say that if such large starspots emerge on the surface of the Sun, it is then highly possible for superflares to occur.”

Accordingly, the next important topic of research, he said, is to better understand how these unusually large sunspots can be generated by the Sun. Given these latest findings, we should probably get on that.