Russia to supply new fighters to India despite US sanctions on purchase of S-400s
Read: 2034

Putin thinks Russia's opportunities are not like in 1990s, it is time to amend constitution
Read: 1011 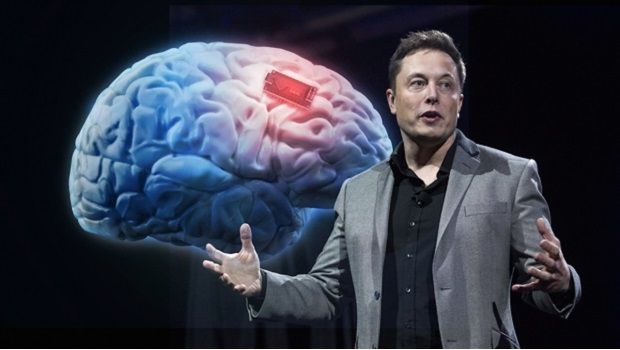 Elon Musk wants to link our brains to our smartphones, computers or to any digital device for that matter, is an effort that will ultimately defend the human race against what he sees as the existential threat from “evil AI” (artificial intelligence).

One of Musk’s least known but most exotic startups, Neuralink Corporation made news Tuesday by announcing plans to hold clinical trials of its “brain-computer interface” (BCI) technology on humans by 2020. This technology will initially be used to help people with brain disorders.

In Neuralink’s clinical trials, doctors will drill tiny holes into a human brain using sewing machine-like technology. Into these holes will be inserted thousands of super-thin electrodes called “threads.” These threads will be slimmer than the width of a human hair and will be connected to a tiny processor. This processor is wirelessly connected to a smartphone or a computer using Bluetooth.

"A monkey has been able to control a computer with his brain," said Musk on Tuesday during a live-streamed presentation at the California Academy of Sciences.

The immediate goal of Neuralilnk’s BCI is s to help people deal with brain and spinal cord injuries or congenital defects. Musk said BCI technology could help paraplegics that have lost the ability to move or sense because of spinal cord injury.

Neuralink’s long-term goal, however, is to build what Musk calls a "digital superintelligence layer" to link humans with AI.

"Ultimately, we can do a full brain-machine interfaces where we can achieve a sort of symbiosis with AI," said Musk.

Neuralink is awaiting approval from the U.S. Food and Drug Administration (FDA) to begin clinical trials of its technology. Musk said Neuralink wants to have its first human patient equipped with the technology before the end of 2020.

“It will take a long time, and you’ll see it coming,” said Musk on Tuesday. Musk said there could be an “app store” in the future for different programs that could tap the technology.

In 2017, Musk wrote Neuralink “is aiming to bring something to market that helps with certain severe brain injuries (stroke, cancer lesion, congenital) in about four years.”

Musk believes Neuralink’s BCI technology can eventually assist in cognitive capabilities like speech and sight. Applications for this tech include helping people control computers with their brain activity or restoring the ability to speak, according to Philip Sabes, senior scientist at Neuralink.

Musk also said people might also communicate with one another using the technology through a kind of telepathy.

Musk also plans to have Neuralink tech save humanity from the looming threat of dangerous AI machines. He said he hopes to “help secure humanity’s future as a civilization relative to AI.”

Neuralink eventually envisions brain-connected chips and its communication wires placed under the skin. A data transfer system will link to a wearable, removable pod behind the ear that communicates wirelessly with external devices like a phone or computer.