The new Russian Su-34 will be able to detect and shoot down invisible targets - VIDEO
Read: 1346

Putin - 'We see how an array of Western countries are resorting to pressure, intimidation and blackmail of sovereign African governments'
Read: 1170 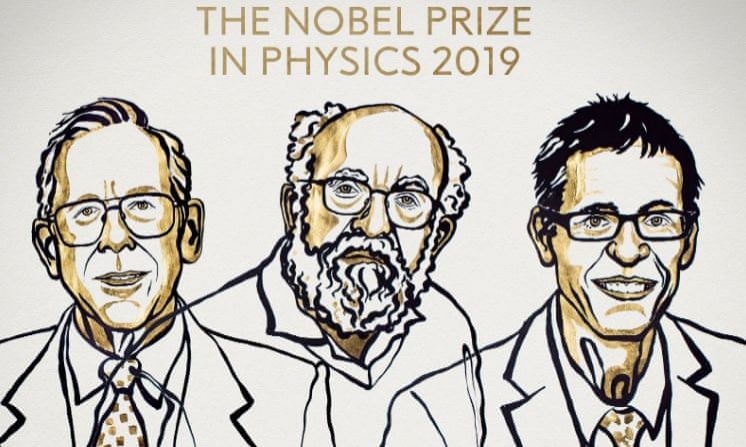 Here’s Didier Queloz talking about the discovery of that first known exoplanet.

“At that time I didn’t think at all it was a planet. I just thought something was wrong.”

Here are the official citations for this year’s winners:

But what about Michel Mayor and Didier Queloz?

In October 1995 the duo announced the first discovery of a planet outside our solar system. Using custom-made instruments, they spotted the Jupiter-like planet 51 Pegasi b from the Haute-Provence Observatory in southern France.

The work led to a surge of similar such discoveries. Today, more than 4,000 exoplanets have been spotted in the Milky Way, and the discoveries keep on coming. These are wild and wonderful worlds. The easiest to spot are vast, blisteringly-hot gas giants that swing around their parent stars on extremely close-in orbits. Others appear to be rocky and lurk in the habitable zone, where liquid water would run freely. Still others are thought to be exotic water worlds: their entire surface an ocean.

As more planets are found, and more observatories are launched in to orbit, or switched on here on Earth, astronomers are getting closer to answering what is perhaps one of the most profound questions humans ask: are we alone?

James Peebles’ work shone a light on the universe’s structure and history and laid the foundations for cosmology for the past 50 years. The big bang model describes how the universe evolved over nearly 14bn years from a hot, dense ball to the vast, cold and expanding universe of today.

Barely 400,000 years after the big bang, the murky universe cleared and became transparent allowing light rays to travel through space. Today that relic radiation remains as the cosmic microwave back ground. In it are written many of the early universe’s secrets.

With theoretical tools and calculations, James Peebles interpreted these traces from the infancy of the universe and discovered new physical processes. He found that only 5% of the observable universe is known to us in the form of stars, planets and people. The remaining 95% is mysterious and made up of what physicists call dark energy and dark matter. So-called dark energy is said to drive the expansion of the universe, while dark matter is the invisible substance that appears to hang around galaxies, revealing itself only by its gravitational draw.