How to control the privacy of your social media posts | Eurasia Diary - ednews.net

Russian diplomat warns with return of Cold War by race for military dominance in Europe
Read: 439

III ANIMAFILM ANNOUNCES THE PARTICIPANTS OF THE COMPETITION PROGRAM
Read: 342

WHO extends state of emergency over coronavirus pandemic for another 3 months
Read: 328

How to control the privacy of your social media posts 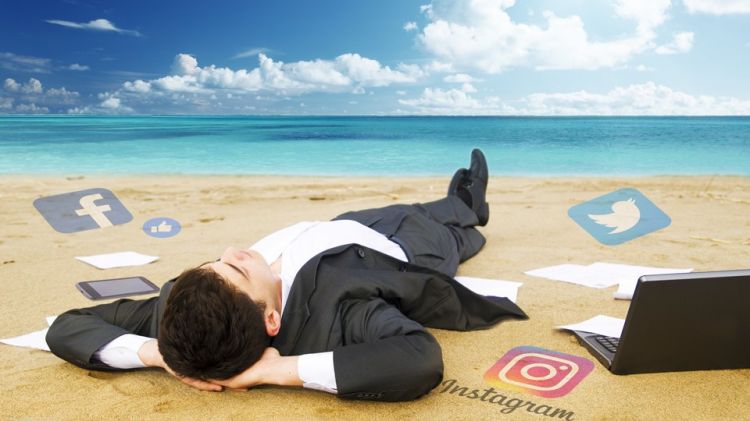 Posting an update to Instagram doesn't have to mean sharing your life with every single person you've befriended there. In fact, all of the major social apps give you more granular control than you might realize.
If you want to set up a private, select group of people to show off photos of your baby to—or to keep your most raucous nights out a secret from—you can do so without resorting to emails or group chats.
We'll show you how to lock down your Facebook, Instagram, Twitter, and Snapchat accounts below, but a word of warning: There's nothing to stop someone in your private circles taking a screenshot of what you've shared and making it public. So even with your settings dialed in, be careful what you share, and with whom.
Facebook
Facebook has a long history of privacy failures, but at least it provides ample tools for restricting the audience of your posts. Start to write an update on the web, and you'll notice drop-down menus next to both News Feed and Your Story, the two places where your post can appear.
These menus probably say Friends by default, but if you open them up, you can be more selective about who will see your post. You can even make it public, if you want, visible by anyone on the web, even if they're not one of your confirmed friends on Facebook. Click More then See All on the drop-down menu, and Facebook lets you set up a list of specific friends who can see the post—just your relatives, for example, or the people who work in your office. You can also opt for Friends except, which includes all of your Facebook friends apart from whomever you exclude, or Specific friends, which limits distribution to a smaller list of your choosing.
It's important to remember that the audience you select because the default for any subsequent posts, until you change it back again. Unless you change the audience for your posts back to Friends, for instance, any posts you publish on Facebook will only be visible to the custom list of people you've just created.
These same options are available in the Facebook apps for Android and iOS, and just about anywhere you can post to Facebook from. Again, you'll see a drop-down menu—most probably set to Friends, as that's the default—and again you can tap on it to change the audience for a post. Not everyone in your Facebook network needs to see your next speed-eating challenge, you know?
Twitter

Tweeting is much more straightforward than posting on Facebook. There's no granularity to it; your account is either public, meaning anyone on the web can see your posts, or private, which limits the audience to followers you've specifically approved.

You can go private by heading to your Twitter settings page on the web, and ticking the box marked Protect my tweets. Any tweets that have previously been public will be made private, although note that all of your current followers will continue to be able to see your tweets. You'll get notifications whenever new people ask to follow you, which you can approve one by one. And the people who do follow you won't be able to retweet or quote-tweet what you post. Bear in mind, too, that if you reply to people who don't follow you, they won't be able to see it.

On the flip side, if your account is private and then goes public, your entire timeline becomes visible to the world, unless you delete specific tweets in advance. There's no option on Twitter to keep some tweets private and leave others public. Your account as a whole is either one or the other.
The process is the same in the Twitter mobile apps: Open up the Settings page, then choose Privacy and safety and Protect your Tweets. Of course there's always the option to create two Twitter accounts—one private and one public—and then keep jumping between them, but you might not feel as though it's worth the extra effort.
Instagram
Instagram applies a mix of the approaches used by Twitter and Facebook when it comes to setting the visibility of your posts. Like Twitter, accounts can be public—viewed by anyone, even those without an Instagram account—or private, visible only to people who follow you.
To make your Instagram private, go to your settings page on the web and select Private account. If you're in the mobile app, the same option can be found under Privacy and Account privacy from the Settings page.
As on Twitter, if you go from public to private, all your previous posts get hidden from the public at large, your current followers are all approved en masse, and you have to give the thumbs up to any follower requests from then on. If you go from private to public, all your past posts then become available to anyone.
In terms of photos and videos posted to your feed, you don't get to pick some as private and some as public—though as with Twitter you can create two different accounts if you want, and jump between them. Whether your account is private or public though, you can take more control over the audience for your stories, the photos and videos posted to your feed for 24 hours.
From the Settings page inside the Android or iOS app, choose Privacy then Story. Here you can opt to hide your story from specific people, as well as set up a dedicated list of what Instagram calls "close friends." You can then post stories to this more select list instead of all your Instagram contacts, effectively letting you create two stories feeds with different audiences.
Within that same settings page, you can also control who can reply to your stories, limiting it to your followers, or followers who follow you back, or no one at all. You can also opt to stop people from resharing your stories to their own feeds by toggling off Allow Resharing to Stories, or from sharing them as messages under Allow Sharing.
Snapchat
Snapchat was built with ephemerality in mind, and you don't have a permanent feed or profile that other people can view as you do on Facebook, Twitter, and Instagram. What do you have, besides one-to-one messaging, is stories; Snapchat is where this now-ubiquitous format first appeared.
When you capture a photo or video on Snapchat and post it to your story feed, if you tap My Story then anyone you're friends with on the platform gets you see it. If you want to restrict the audience, choose Private Story instead when you get to the sharing screen.
You can then pick specific Snapchat friends who can see your new private story. After that, you need to give your private story feed a name. You could have one story for close friends, one for work colleagues, one for your immediate family, and so on.
When it comes to sharing anything on Snapchat, you can post it to your main story and any of your private stories as well. You might want to share some photos across all your active stories, for example, but be more selective with others. You can view all your current stories, and add to them, by tapping on the stories icon on the camera or messages screen.
All four of these platforms offer a direct message option, too. You can opt to send photos, videos, and text directly to specific contacts, either as a group or on a one-to-one basis. This keeps whatever you're sharing off your main feeds, making it maybe the simplest way of controlling who gets to see what.