2750 tonnes of ammonium nitrate stored at Beirut warehouse at centre of explosion
Read: 1284 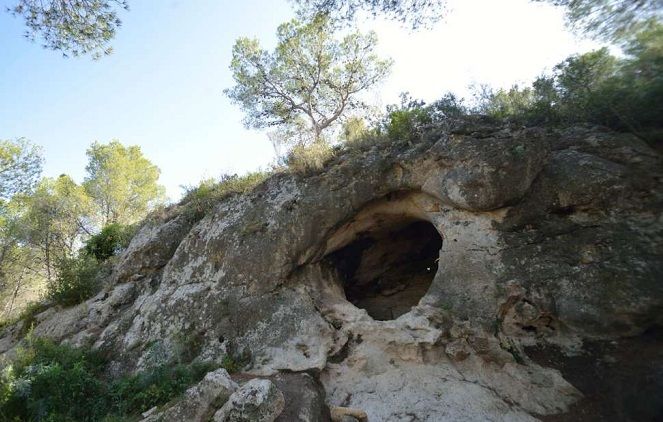 A 40,000-year-old eagle talon medallion carved by Neanderthals may have been the last of its kind before spreading to other ancient human populations, new research suggests.

Consisting of a single talon taken from a Spanish Imperial Eagle, “the last necklace made by the Neanderthals” was found in Cova Foradada, an ancient Neanderthal cave on Europe’s Iberian Peninsula and at the center of early human research for more than 30 years. It is the most modern piece of its kind from the Neanderthal period, and the first to have been found in this region.

“Neanderthals used eagle talons as symbolic elements, probably as necklace pendants, from the beginnings of the mid Palaeolithic,” said study author Antonio Rodríguez-Hidalgo in a statement. Eagle talons are one of the oldest symbols in Europe, even older than seashells used by Homo sapiens sapiens in northern Africa. At least 23 large raptor phalanges have been found from 10 different sites – all of which add to the evidence that Neanderthals may have been more complex than we’ve previously given them credit for.

“Evidence for the symbolic behavior of Neanderthals in the use of personal ornaments is relatively scarce,” wrote the study authors in Science Advances. “Among the few ornaments documented, eagle talons, which were presumably used as pendants, are the most frequently recorded.”

Eagles during this time period were scarce in many ecosystems. Because they were difficult to come by, the trapping of birds by Neanderthals may have formed part of the "behavioral variability” in populations. Many hunter-gatherers ate birds, but their lower extremities are not high in nutritional value and virtually nonexistent in the talons. Furthermore, researchers argue that marks found on the bones of the eagle foot indicate the animal was used purely for decorative purposes. Marks on the skeletal remains on one bird found in this cave indicate that the pendant was made from its left leg. Analysis of remains at similar sites suggests the practice may have been widely distributed.

It’s not the first time researchers have found evidence of possible Neanderthal social identity through symbolic materials. Previous studies have suggested the early hominids painted their bodies, carved abstract engravings, used feathers for decorative purposes, and also participated in funerary practices and leaving grave goods. The necklace “broadens the known geographic and temporal range of such behavior” of the Neanderthals who made this type of ornament, and is the first and oldest documentation of such behavior among the Iberian population.

The findings raise questions surrounding the transmission of ideas between hominid species and how these practices persisted through cultural and genomic shifts. University of Barcelona researchers believe that the “necklace” belonged to the last group of Neanderthals known as the châtelperronian culture. These early hominids lived in Europe around the same time that Homo sapiens sapiens moved northward and extended into the Middle East. The talon necklace may have been a cultural exchange from Neanderthals to modern humans, who began the practice after reaching Europe.