Over 160 tanks and armored vehicles arrive for Russian Army and Airborne Force
Read: 859 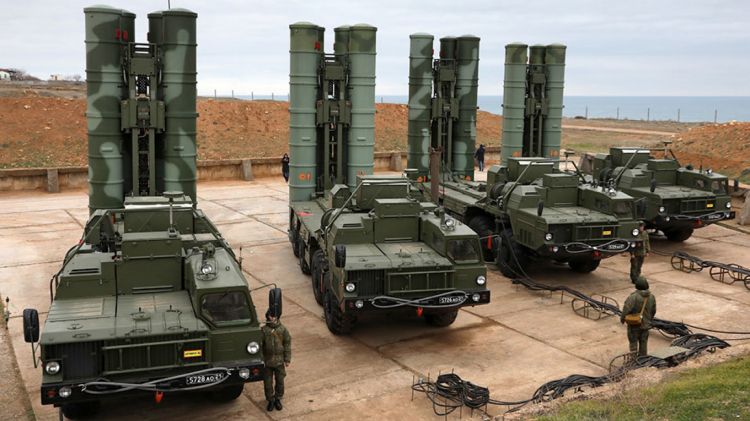 The S-400 is one of the most controversial missiles in the world currently. The United States has imposed economic sanctions on countries simply for buying the system, but many of the world’s powers are interested in it, with India signing deals in September 2018 and China in April 2018. But what exactly makes the S-400 such a hot ticket item in the world today? How did it evolve from the earlier S-300?

The S-300 began development in the 1960s as a follow-up to a multitude of prior surface-to-air missile (SAM) systems. The primary missile it planned to replace is the S-75 (SA-2) missile system, which was famously used against the U-2 spy plane and deployed in Cuba and Vietnam. The missile underwent testing in the 1970s and entered service in 1978.

The primary improvement of the S-300 compared to earlier systems would be the ability to be multichannel—to utilize multiple guidance beams to guide missiles to different targets simultaneously. The earlier S-25 system was also multichannel, but it was extremely heavy and only deployed in stationary mounts. The American SAM-D (which would become the MIM-104 Patriot) was the first American land-based SAM with multichannel technology; it entered service three years later in 1981.

As a result, the S-300 came into the form that it is now known for: mounted on the heavy MAZ-7910 truck (though variants have been mounted on newer trucks as well in articulated platforms). The TEL, radar and fire control system were all mounted on these trucks. Additional support equipment, such as that to rectify differences between the radar and launcher height were mounted on lighter trucks. The complete system, now known as S-300PS, entered service in 1982. The slightly modified version for export is known as the S-300PMU. The PS utilized the longer 5V55R missile with a range of around 90 kilometers.

While the S-300P in both forms was under development, the S-300F for the Navy and S-300V for the Army were also in development. The S-300V was developed specifically to counter tactical ballistic missiles like the Lance and Pershing in addition to air threats.

One key feature of the S-300V system is that it has two TEL variants, a TEL with four shorter ranged (75 kilometers) 9M83 missiles and a TEL with two longer ranged (100 kilometers) 9M82 missiles. The TEL, radar, and command post sets for the S-300V are mounted on a tracked chassis (the same as the 2S7 artillery piece) for better off road mobility in contrast to the S-300PS. The S-300V was accepted into service in 1985.

Indeed, early versions of the S-400 were called S-300PMU-3, indicating a third modernization of the road-mobile version of the S-300 for air defense. When the system was first showcased at MAKS 2007, it was noted that most vehicles were externally similar to the S-300PMU-2 system.

However, advances in missile and radar technology make the ~2x advance “versus prior missile systems” likely possible in the S-400. The new radars used in the S-400 make it likely very capable versus almost all air targets.

Another key aspect of the S-400 is the ability to use four different types of missiles with different weights and capabilities, allowing the system by itself to form a large portion of a layered air defense. This makes the S-400 a more flexible system. It also can utilize missiles employed by earlier S-300 variants.

In contrast, the Russian Army has continued developing the S-300V into the S-300V4 and S-300VM (Antey 2500 for export), which incorporates more modern missile and radar technology to give it the increased (200 kilometers) range of the later S-300PMUs. It also adds a new TEL which has a small missile guidance radar built into the vehicle, possibly reducing the number of vehicles on the field.

While the capabilities of the S-400 may appear to be a significant leap, they got there through the slow evolution of earlier S-300 missiles. Many of the advanced features, such as ballistic missile interception, interchangeable, modular missiles and multichannel engagement have been present in the system for a long time, and the S-400 just builds upon the existing strengths of the S-300 to make it an even more deadly threat.

The article was written by Charlie Gao - he studied Political and Computer Science at Grinnell College and is a frequent commentator on defense and national security issues. This first appeared in October 2018. The article is originally published in National Interest.