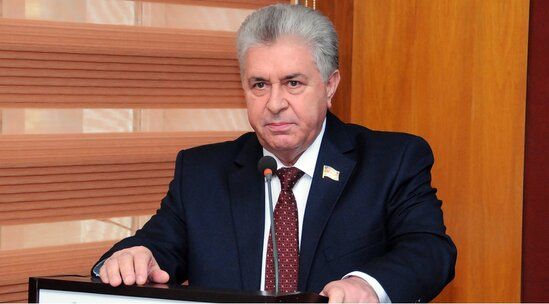 Vice Speaker of Azerbaijani Parliament: France comes with anger from the fact that Turkey and Russia have removed it, resolved the conflict
Read: 223 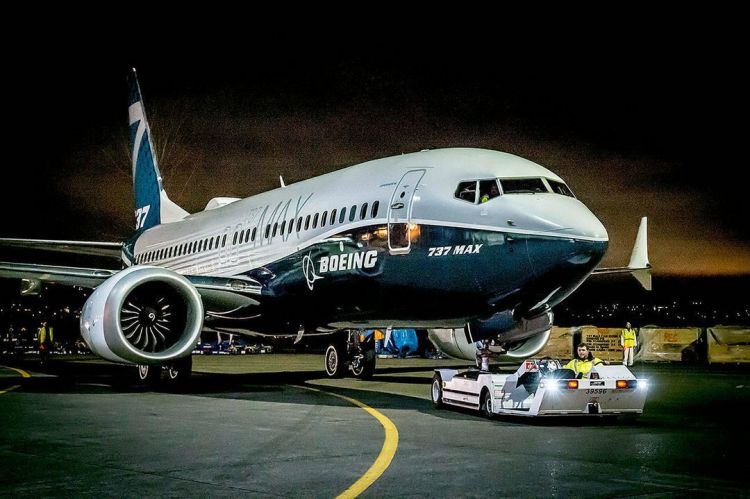 Early this morning, Boeing rolled its new passenger spacecraft, the CST-100 Starliner, out to the Florida launch site the vehicle is set to take off from next month. It’s the first time that a spaceflight-ready version of the capsule has exited the hangar, Eurasia Diary report citing the Verge news.

Now the capsule will be mated on top of the rocket that will take it to space — an Atlas V manufactured by the United Launch Alliance. On December 17th, the rocket and capsule are slated to take off from Cape Canaveral, Florida — without any crew members on board — and then dock with the International Space Station. If successful, this demonstration mission could pave the way for NASA astronauts to fly on the Starliner sometime next year.

Boeing has been developing the Starliner spacecraft for NASA as part of the space agency’s Commercial Crew program, an initiative to fly astronauts on US-made vehicles once again. Since the end of the Space Shuttle program in 2011, NASA astronauts have had to ride on Russia’s Soyuz spacecraft to get to the International Space Station, a partnership that costs NASA $85 million per seat.

Boeing is one of two providers for the Commercial Crew program, along with rival SpaceX, which has been developing its own passenger spacecraft called the Crew Dragon. The two have been in an unspoken competition with one another to fly humans first, though Boeing has seemed to lag behind SpaceX in development. SpaceX already launched its Crew Dragon once in March, on an uncrewed flight test to the International Space Station. The flight demonstrated the Crew Dragon’s capability to dock with the ISS and then return home safely.

After that flight, however, the same Crew Dragon that flew to the ISS suffered a major failure when it exploded during engine testing on the ground. The setback caused a significant delay to SpaceX’s development schedule, and now it’s unclear which company will be the first to fly people. NASA administrator Jim Bridenstine recently claimed that if testing goes well, SpaceX could fly people as early as the first quarter of 2020. However, no target dates have been set yet.

In the meantime, Boeing is now less than a month away from Starliner’s first flight to space. After the Atlas V puts Starliner in orbit, the capsule is tasked with meeting up with the space station and automatically docking with one of the available ports on the ISS. Following a brief stay, Starliner will then depart and come back to Earth, where it will attempt to land at one of five locations in the western US. A combination of parachutes and airbags are designed to land the Starliner gently on solid ground.

While no people will be on board the capsule in December, Boeing plans to fly a dummy — just like SpaceX did — wearing one of the blue pressure suits the company developed for future astronauts. While SpaceX’s dummy was named Ripley after the lead in the Alien franchise, Boeing has named its mannequin Rosie, after Rosie the Riveter, according to Florida Today. “Rosie is a symbol of not only the women who are blazing a trail in human spaceflight history, but also of everyone who has shown grit and determination while working tirelessly to ensure the Starliner can transport astronauts safely to and from the International Space Station,” Leanne Caret, president of Boeing’s Defense, Space & Security division, told Florida Today.

Boeing’s big milestone today comes just a week after a damning report was released by NASA’s Office of Inspector General, claiming that rides on Boeing’s Starliner will incredibly expensive. The report argued that one seat on Starliner will cost $90 million — more than a seat on the Soyuz and much more than the $55 million a seat on SpaceX’s Crew Dragon will cost. The audit also revealed that Boeing had received an extra $287 million to the company’s supposedly fixed-price contract to prevent delays to the Commercial Crew program, $187 million of which the inspector general considered unnecessary. The report even hinted that Boeing was threatening to leave the Commercial Crew program if it didn’t receive more money. Additionally, the report found that SpaceX was not given the opportunity to receive additional funding to its contract.

Both NASA and Boeing vehemently disagreed with many of the conclusions drawn by the OIG report. Boeing says it rejects the estimated pricing of its Starliner seats and that the company never threatened to quit the program. The company also said that the cost discrepancies between Boeing and SpaceX can be attributed to the fact that SpaceX had a significant lead in development time. Boeing noted that the Crew Dragon is an upgraded version of SpaceX’s cargo Dragon, which has already been flying to the station for years and received additional NASA investment long ago.

Despite all this, Boeing is still forging ahead and the Starliner could finally see space before the end of the year. As for when people will fly on either Boeing’s or SpaceX’s vehicles, that’s still an open question. The recent OIG report noted there are still many hurdles for both companies to overcome and that it is very likely that neither SpaceX nor Boeing will be certified to regularly transport crews to the ISS before summer of 2020.