How spiral-shaped galaxies get their iconic shape? | Eurasia Diary - ednews.net

How spiral-shaped galaxies get their iconic shape?

Our Milky Way galaxy has an elegant spiral shape with long arms filled with stars, but exactly how it took this form has long puzzled scientists. 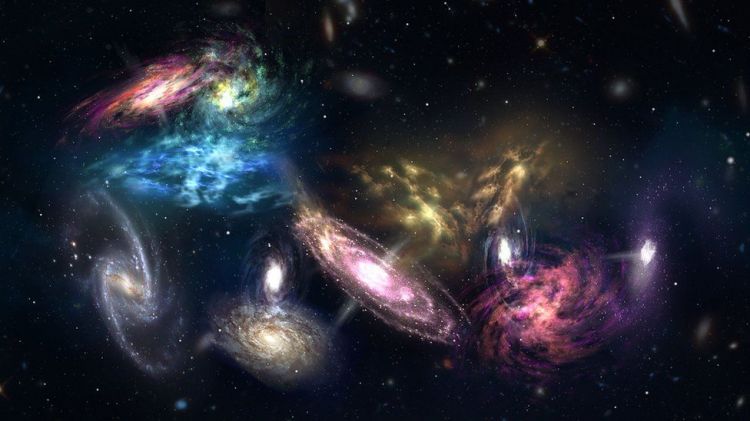 Like early explorers mapping the continents of our globe, astronomers are busy charting the spiral structure of our galaxy, the Milky Way. According to a study by the Stratospheric Observatory for Infrared Astronomy, or SOFIA- magnetic fields play an essential role, Eurasia Diary reports citing Tech Explorist.

For the study, scientists measured magnetic fields along the spiral arms of the galaxy called NGC 1068, or M77. The fields are shown as streamlines that closely follow the circling arms.

The M77 galaxy is found 47 million light-years away in the constellation Cetus. It has a supermassive active black hole at its center that is twice as massive as the black hole at the core of our Milky Way galaxy. The swirling arms are loaded up with dust, gas, and areas of intense star formation called starbursts.

The observations reveal that magnetic fields closely follow the newborn-star-filled spiral arms. It stretches across the entire length of the massive arms — approximately 24,000 light-years across. This implies that the gravitational forces that created the galaxy’s spiral shape are also compressing its magnetic field, supporting the density wave theory.

From these results, astronomers can infer the shape and direction of the otherwise invisible magnetic field. Far-infrared light provides vital information about magnetic fields because the signal is not contaminated by emission from other mechanisms, such as scattered visible light and radiation from high-energy particles. SOFIA’s ability to study the galaxy with a far-infrared view, specifically at the wavelength of 89 microns, revealed previously unknown facets of its magnetic fields.

The results are published in the Astrophysical Journal.