Russia is developing a new armor for its armored vehicles
Read: 452

Red hypergiant as bright as 300,000 suns could explain what’s up with Betelgeuse
Read: 443 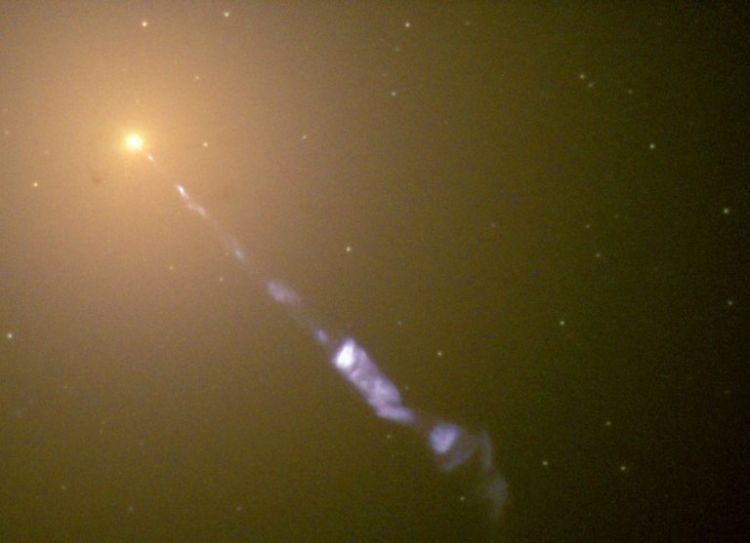 The scientists revealed that the famous black hole M87* emitting jets of material that travel at near the speed of light, Eurasia Diary reports citing Science Alert.

The black hole takes its name from the galaxy Messier 87 (M87) where it locates. Last year, Horizon Telescope could capture the photo of the black hole which goes viral among astronomy lovers.

It's a supergiant elliptical galaxy 53 million light-years away from us.

M87* (M87 star) is a supermassive black hole which is 6.5 billion times more massive than the Sun.

Chandra X-ray observations show that sections of this jet are moving at greater than 99 percent the speed of light.

"This is the first time such extreme speeds by a black hole's jet have been recorded using X-ray data," said Ralph Kraft of the Center of Astrophysics | Harvard & Smithsonian (CfA) in Cambridge, in a press release. "We needed the sharp X-ray vision of Chandra to make these measurements."

Astronomers are not sure about their speeds, because they think it could be a shock wave.

Generally, such speedy objects have been observed but not in X-ray light.

"Our work gives the strongest evidence yet that particles in M87*'s jet are actually traveling at close to the cosmic speed limit", said study co-author Brad Snios, also of the CfA