US senator prepares proposal to purchase S-400 from Turkey
Read: 519 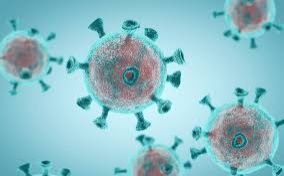 Coronavirus is so 'perfectly adapted' to infect humans that the possibility it was made in a Chinese lab can't be ignored, Australian vaccine researchers conclude. EDNews.net reports citing Vestnik Kavkaza.

Professor Nikolai Petrovsky said the virus was better at attaching itself to human cells than to any other animal, explaining why it has infected five million people.

The team at Flinders University in Adelaide and Latrobe University in Melbourne studied how well SARS-CoV-2, the virus that causes COVID-19, infected different animals.

Coronavirus binds itself to the ACE2 receptor molecule in lung cells using a spike protein - the tighter it can attach itself, the less likely it is to be washed away and the sicker it makes its host.

Professor Petrovsky expected to find an animal that was most susceptible to this, such as bats, and was likely the original source of the virus - but was shocked when humans came out on top.

Furthermore, viruses tend to get better at infecting new species as they adapt over time, but COVID-19 started "completely optimised from day one without the need to evolve."

"This is a new virus that has never been in humans before, but it has an extraordinarily high binding to human receptors, which is very surprising," he told Daily Mail Australia.

"It is almost perfectly human adapted, it couldn't do any better. We have to ask how that happened. Was it a complete fluke? It can be as nature has many shots at goal and you only see the ones that land," Petrovsky noted.

"Another possibility which still cannot be excluded is that SARS-CoV-2 was created by a recombination event that occurred inadvertently or consciously in a laboratory handling coronaviruses, with the new virus then accidentally released into the local human population," the scientist added.