There are 10 people on the International Space Station right now | Eurasia Diary - ednews.net

France’s stance towards the conflict between Armenia and Azerbaijan is much alike of its acts in the period of Crusades - Expert
Read: 382

Azerbaijani Minister of Defense took part in the opening of new military units stationed in the liberated territories - VIDEO
Read: 285

There are 10 people on the International Space Station right now 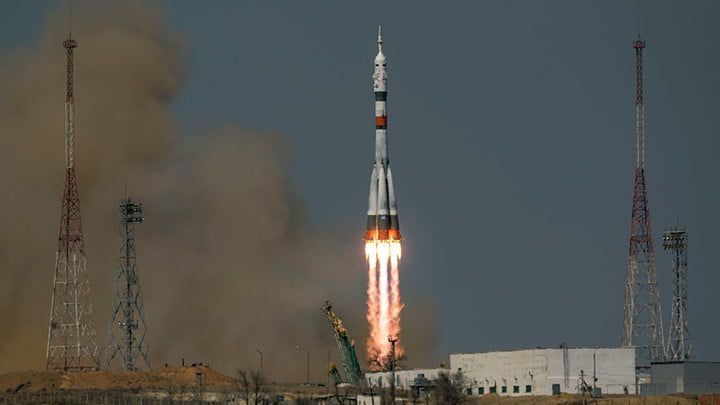 Three new astronauts arrived at the International Space Station (ISS) yesterday, Friday, April 9, and it’ll be a tight squeeze for a few days as that brings the current crew of the station to 10.
The new astronauts arrived on a Russian Soyuz spacecraft that departed from Kazakhstan, on a flight taking approximately three hours. The craft docked with the station at 7:05 a.m. ET and the hatch was opened at 9:20 a.m. ET to allow them to pass into the station.
The ISS typically has a crew of three to six members any one time, with crews overlapping in what is referred to as Expeditions. Expedition 63, for example, ran from April to October last year and consisted of between three and six people. The current Expedition 64 includes three people who were members of that previous group, plus four new crew members who arrived on the SpaceX Crew Dragon in its second operational flight in April this year.
With the arrival of the three newest crew members, that brings the total of astronauts on the station to 10. These include five NASA astronauts (Kate Rubins, Michael Hopkins, Victor Glover, Shannon Walker, and Mark Vande), four Russian cosmonauts (Sergey Ryzhikov, Sergey Kud-Sverchkov, Oleg Novitsky, Pyotr Dubrov), and the Japanese Space Agency JAXA’s Soichi Noguchi.
These crew members also came on three different spacecraft, with some coming aboard a Space X Crew Dragon, and others coming on one of two Russian craft: The Soyuz MS-17 and the Soyuz MS-18.