Waging a large-scale war against Ukraine would be catastrophe for Russia - Maksym Khylko
Read: 408

Any incident between Russia and NATO may escalate up to the use of nuclear weapons - Expert
Read: 357

OSCE Mission to Bosnia and Herzegovina helps improve legal certainty and equality of citizens before the law
Read: 249

Facebook says aware of second outage in a week, working to restore service 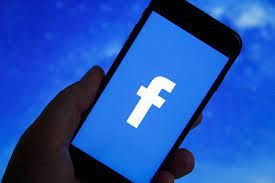 Social media site Facebook says that it is aware of reports of users having trouble accessing their apps and products and is working to restore service in the second major outage for the platform this week, the company said on Friday in a tweet.

“We’re aware that some people are having trouble accessing our apps and products. We’re working to get things back to normal as quickly as possible and we apologize for any inconvenience,” Facebook said in a tweet.

Facebook and other apps under the corporate umbrella including Whatsapp and Instagram experienced worldwide outages on Monday due to what the company’s engineers described as a disruption in operations caused by configuration changes on backbone routers.

Meanwhile, the Telegram messenger announced having added 70 million users amid the Facebook crash.