This 'UFO' rover could hover on the moon and asteroids one day - ednews.net

The levitating rover concept is a wild new idea to explore airless worlds. 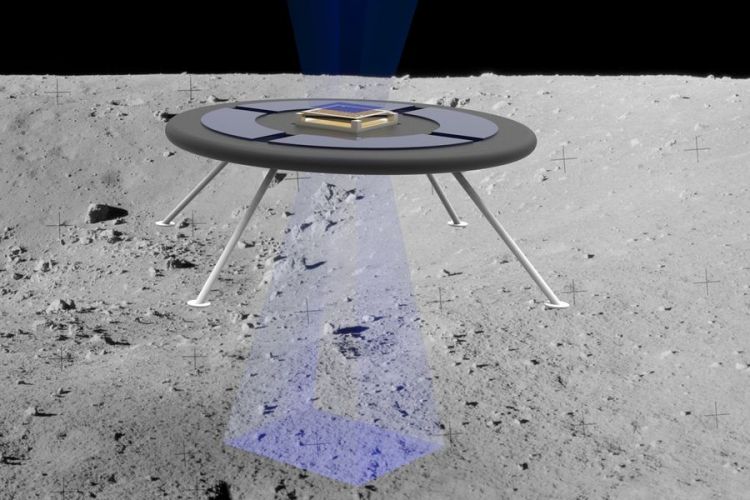 Air is invisible but mighty: birds harness it to fly, planes on Earth and distant machines like NASA's Ingenuity helicopter on Mars work with it to soar above the surface. Now, researchers are working on a new craft that could lift off the ground with no air at all.
Researchers at the Massachusetts Institute of Technology (MIT) want to engineer a new kind of hovering spacecraft that can operate without air. Instead of relying on air like birds and planes, it will levitate using the electric charge available from interplanetary surfaces.
The team is currently working on a test version of the craft: a small, disc-shaped test vehicle about the size of a human palm and weighing about as much as a chicken egg. Interestingly enough, the developing design for this airless hovering spacecraft looks remarkably like a sci-fi inspired "flying saucer."
Celestial bodies like the moon and asteroids do not have atmospheres that could support the flight of more traditional flying craft. (The moon has a very thin, barely-there layer of gases that technically make up an atmosphere called an exosphere.) But engineers are using this lack of a gaseous shroud to their advantage. It turns out that, because of this lack of atmosphere, asteroids and the moon receive direct exposure from the sun and surrounding plasma that allows their surfaces to build up an electric field.
Because of this electric field, dirt particles on these bodies can be charged "much the way static electricity can cause a person’s hair to stand on end," MIT representatives wrote in a Dec. 21 statement.
The team at MIT sought to figure out if a small disk-shaped craft that was fitted with miniature thrusters could produce enough repulsive electrostatic force to hover over a charged surface. Their work was supported, in part, by NASA.
Their initial feasibility model was successful once they figured out that amplifying the surface's charge would give their rover enough repelling boost to successfully levitate. The supplemental boost is provided by thrusters that enrich the charge of an atmosphere-less object's surface.
They then created a test vehicle. According to the statement from MIT, the researchers were able to successfully show that the boost from their design concept should be strong enough to levitate a 2-lb (0.9 kilograms) vehicle on either the moon or a large asteroid.
The moon's natural surface charge is strong enough to levitate lunar dust more than 3 feet (1 meter) above the ground, according to the statement. The new design concept would allow bigger rovers to levitate, because the boosters can theoretically generate a large-enough repulsive force between the spacecraft and the ground.
"Engineers at NASA and elsewhere have recently proposed harnessing this natural surface charge to levitate a glider with wings made of Mylar, a material that naturally holds the same charge as surfaces on airless bodies… But such a design would likely be limited to small asteroids, as larger planetary bodies would have a stronger, counteracting gravitational pull," wrote MIT officials.
"The MIT team's levitating rover could potentially get around this size limitation," they added.
With more trials, the team hopes their project could have applications on interplanetary missions. In the statement, MIT officials cited exploratory endeavors like Japan's Hayabusa2 mission, which reached the diamond-shaped asteroid Ryugu in 2018 and deployed a small lander and three rovers to study it up-close.
"Similarly, we think a future mission could send out small hovering rovers to explore the surface of the moon and other asteroids," Oliver Jia-Richards, the study's lead author and graduate student in MIT’s Department of Aeronautics and Astronautics, said in the statement.