Hurricane Ian pushed their arrival back a few days. 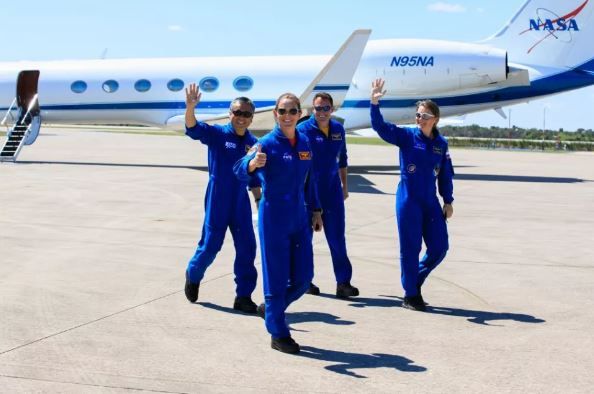 The crewmembers of SpaceX's next astronaut mission for NASA have made it to the launch site.
That flight, called Crew-5, is scheduled to lift off from Pad 39A at Florida's Kennedy Space Center (KSC) on Oct. 5. Preparations can ramp up further now, because the mission's four astronauts — NASA's Nicole Mann and Josh Cassada, Japan's Koichi Wakata and Russian cosmonaut Anna Kikina — are on site at KSC.
The quartet arrived Saturday (Oct. 1) at about 12:15 p.m. EDT (1615 GMT), flying in from Ellington Field near NASA's Johnson Space Center in Houston. They were originally supposed to be at KSC already; NASA and SpaceX had been targeting an Oct. 3 launch for Crew-5, but Hurricane Ian forced a two-day delay.