24 years since the Baku metro explosion 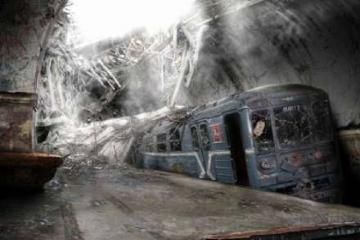 Today Baku marked the 24th anniversary of the tragic explosion in capital's tube station. This was the most bizarre accident yet that was recorded in the Guinness' book.
During the explosion 289 people (126 women, 28 children and 3 rescuers) lost their lives and 270 people got injured in the combustion who then fortunately broke out in train wagon between “Ulduz” and “Narimanov” stations on October 28, 1995. As a result of the heavy explosion, the fire spread throughout the tunnel where most of victims died in panic. At that time the rescuing operations were not at satisfying level.
Due to the tragic accident, the government of Azerbaijan declared 3 days of mourning. The government of Azerbaijan tributed AZN 1 million  for families of victims in the accident.
by Elnur Enveroglu