Russian air defense systems were ready to shoot down US bombers a few days ago
Read: 1634 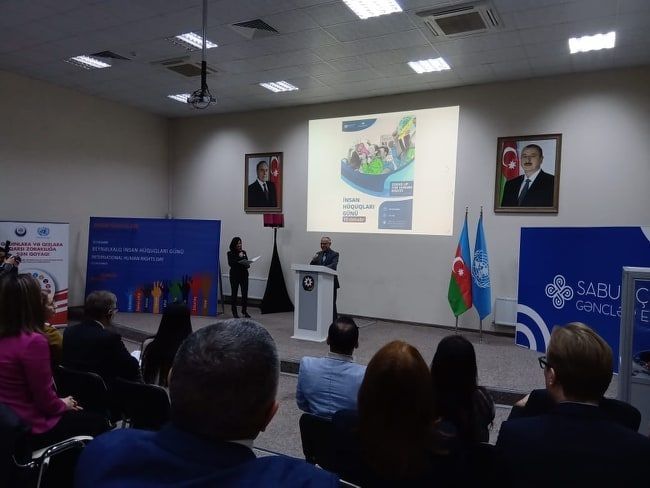 On the 10th of December, the UN Azerbaijan held an event at Sabunchu Youth Centre to commemorate the International Day of Human Rights. The event was attended by the Commissioner for Human Rights (Ombudsman), Deputy Chairman of State Committee for Family, Women and Children Affairs Sadagat Gahramanova and other officials of UN and the government of Azerbaijan, Eurasia Diary reports.

Eurasia Diary reports that the event was started with the opening speech of the UN Resident Coordinator Ghulam M. Isaczai. First of all, the UN official welcomed the participants to be at the event to commemorate the human rights day together and especially the newly appointed Commissioner for Human Rights  (Ombudsman) Sabina Aliyeva.

He thanked the executives of the authority for organizing exhibition for children that coincided with the celebration of the International Day of Human Rights in Azerbaijan.

"You may ask why we especially dedicate the exhibition to children. The answer is because children constitute 1.8 bln of the world population. Today, here we see a huge presence of the young generation at the event and they actively take part in many activities," the UN Resident Coordinator said. Newly appointed Ombudsman of the Republic of Azerbaijan Sabina Aliyeva mentioned the establishment of mechanisms for defense of human rights. She also emphasized further intensification of the enforcement of human rights.

“In 1998, the state program for the protection of human rights was adopted in our country. In 2007, the day of adoption of this state program by the decision of the President of the country is celebrated as Human Rights Day in Azerbaijan. The relevant experience of many countries, including the UN, has been used in the development of the national action program. A draft document was adopted by the Decree of the President of the Republic of Azerbaijan to support the active participation of young people in global political discussions between the Government of the Republic of Azerbaijan and the United Nations Development Program," S. Aliyeva stated.

Deputy head of the State Committee for Family, Women and Children Affairs of the Republic of the Azerbaijan Sadagat Qahramanova mentioned the violation of human rights in Azerbaijan mainly as an example of early marriages. She also calls society for not being silent on such violations

"For the protection of human rights, it is the duty for not only government and law but also society and every citizen," she mentioned.

During the event video message of the General Secretary of UN Antonio Guterres and the United Nations High Commissioner for Human RightsMichelle Bachelet regarding Human Rights were screened.

The event continued with the photo exhibition dedicated to human rights. Interesting posters were presented at the exhibition. 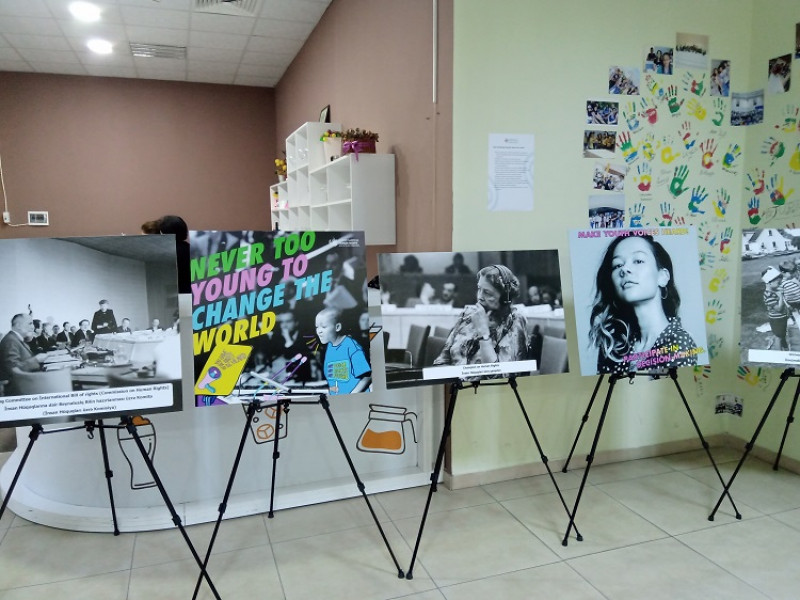 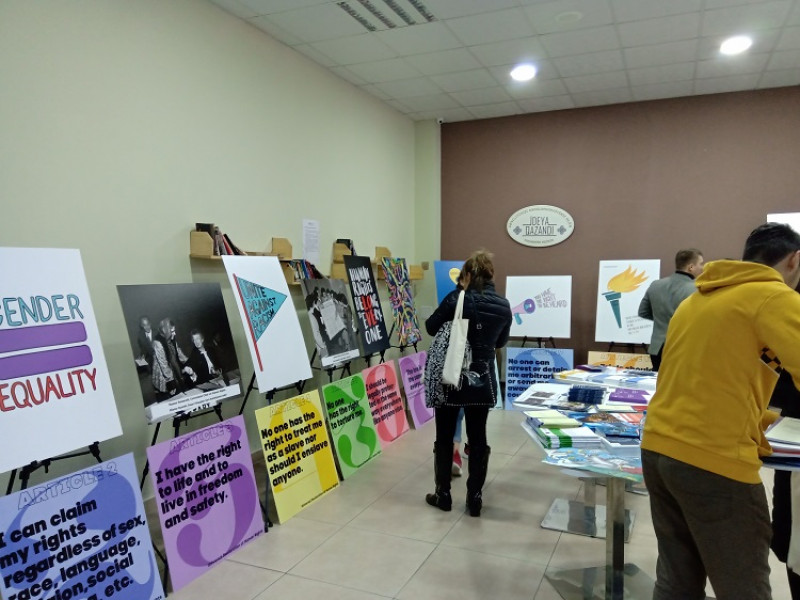 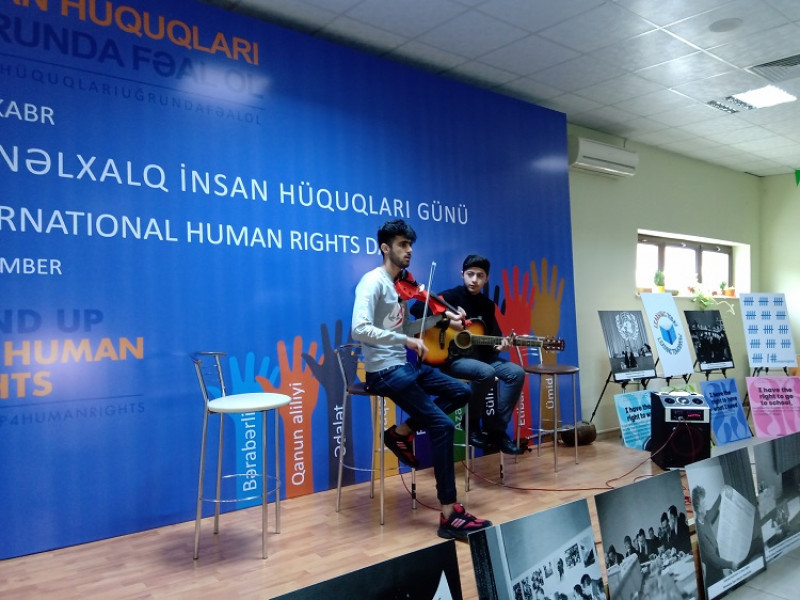