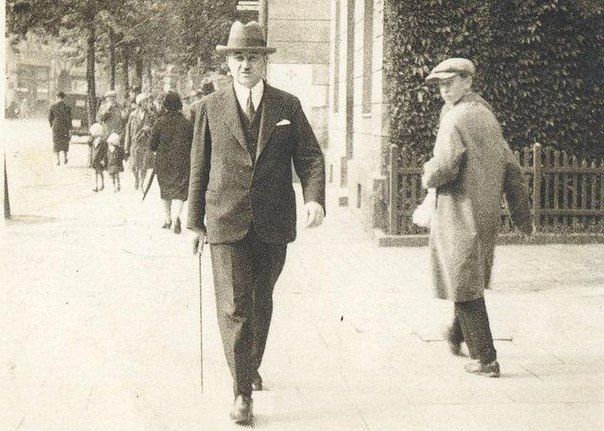 Today is the birthday of Mammad Amin Rasulzadeh, one of the founding fathers of Azerbaijan People’s Republic (mostly known as the Azerbaijan Democratic Republic).

He was born in Novkhani, near Baku in 1884. When he was 19 years old, Rasulzadeh formed the first secret organization in Azerbaijan’s contemporary history called "Muslim Youth Organisation Musavat."

After one year, he founded the first Muslim social-democrat organization "Hummet."

Rasulzadeh also participated in south Azerbaijanian freedom movements. In 1909, under the persecution from Tsarist authorities, Rasulzadeh fled Baku to participate in the Iranian Constitutional Revolution of 1905-1911.

After Russian troops entered Iran in 1911, Rasulzadeh fled to Istanbul, then capital of the Ottoman Empire and backed to Azerbaijan in 1913.

Rasulzadeh declared the independence of Azerbaijan on 28 May 1918, after the collapse of the Transcaucasian Democratic Federative Republic.

Although the state lived just 23 months, Azerbaijan People’s Republic was the first democratic republic in the Muslim World.

He also the initiator of the first university in Azerbaijan, Baku State University. Azerbaijani language became the official language of the state. He founded the first parliament and gave the voting right to women first time in the Muslim World.

After the collapse of the Azerbaijan People’s Republic in 1920, He lived his rest of life in exile. Rasulzadeh did not stop its activities while he was in exile. He published several books and articles.

Mammad Amin Rasulzadeh died in 1955 on 6 March and was buried in Cebeci Asri Cemetery in Ankara.