Are you insured? - or you fall as victim of your greedy manager | Eurasia Diary - ednews.net

" Now, Armenians have two choices: Either they accept the situation or leave the country " - Rovshan Ibrahimov
Read: 361

Defense Minister meets with the Commander of the peacekeeping forces deployed in the Nagorno-Karabakh region of Azerbaijan
Read: 260

Are you insured? - or you fall as victim of your greedy manager 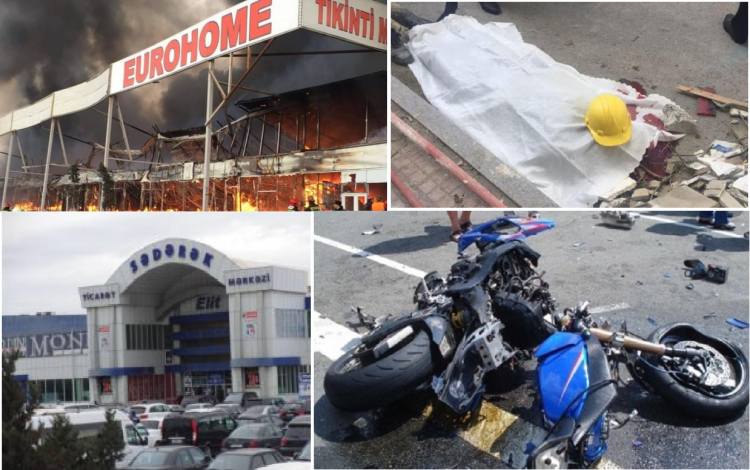 Insurance in all cases are necessary for life, for properties and all accidents that we never expect to face. Among the following ones the life is more precious and with no qeation it has to be considered anywhere and anytime either we work or not work.

A hard news came a couple of days ago from the local media, where a young motorcyclist was said to have been killed in a heavy traffic collision. According to sources, the young man was used to work as a courier for one of the local restaurants.

Further to what was shared on the social network by his relatives, the man has been a victim of some strict rules imposed by the restaurant's owner. So the reason for the deadly crash was the limit of time in which the courier had to manage all the deliveries otherwise not to face "fine of deduction from his wage".

It appears from the first-hand information that it was not the case happened first time ever. Many couriers behave in the same manner, so they would not face either harsh penalty or to end with losing their jobs - however that was the harsher than all, through which it resulted with the loss of life.

While the investigations are underway the versions of information circulate either the fault being of the rider or apparently the greedy owner, who was said to have just started a campaign setting fast delivery within 30 minutes to customer's address.

Given that many residents protested against these campaigns saying that it opens way to many such fatal accidents.

Nevertheless, the management of the restaurants refuted facts saying the restaurant has a special procedures for safety of its employees, and even in such cases the couriers do not bear any financial responsibilities.

A big qustion arises: - by whose fault the young man loses his life?  The greedy restaurant manager or a reckless motor rider?

In fact, it does not matter as the source of event has no legal basis.

Besides that, a heavy fire accident at EUROHOME supermarket of construction materials was on the top news line a couple of weeks ago. EDNews published views of an expert concerning functions of insurance companies in Azerbaijan as well as reason for not covering giant supermarkets by insurance companies in the country. This time is the insurance of a human life, and the matter is whether the man who killed in the accident was insured by his employer or paid cash in hand beyond the law...